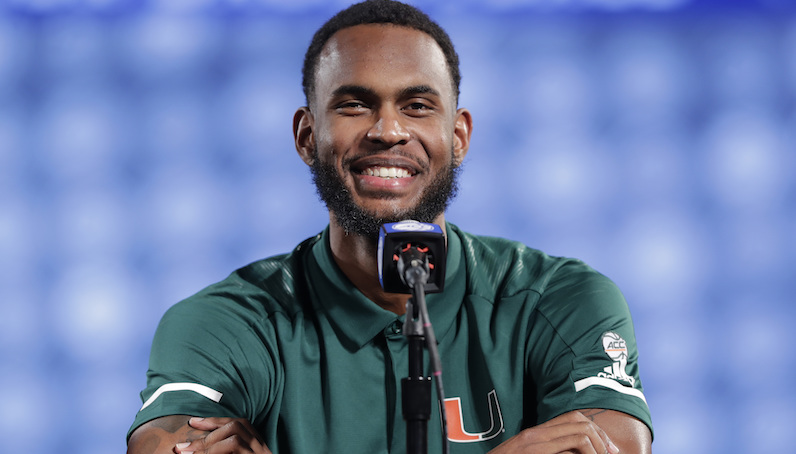 This news, unfortunately, comes as little surprise. After multiple appeals, the NCAA has come to its final conclusion on Miami center Dewan Hernandez. According to the governing body of college sports, Hernandez must sit out for the remainder of the 2018-19 season (he’s yet to play this year), and 40 percent next season — assuming he returns to Miami.

Miami's Dewan Hernandez must sit the remainder of the 2018-19 season and 40 percent of next season for entering into an agreement with and accepting benefits from an agent. https://t.co/PC6SNAHwfp

Hernandez has been held out for the entirety of his junior season; his relationship with former sports agency runner Christian Dawkins has been called into question. Last October, Dawkins was found guilty on felony charges of wire fraud and conspiracy to commit wire fraud, stemming from the federal investigation into corruption in college basketball.

According to the facts of the case, which were agreed upon by the university, Hernandez agreed to receive monthly payments from an agent and accepted other benefits from the individual. According to the guidelines adopted by NCAA membership, the starting point for these violations is permanent ineligibility, but the NCAA staff recognized mitigating circumstances based on the specific facts of the case when making its decision.

Miami and Hernandez, one of the top pick-and-roll bigs in the country, have fought this case hard; they even brought in legal help, as the Miami Herald reported last December.