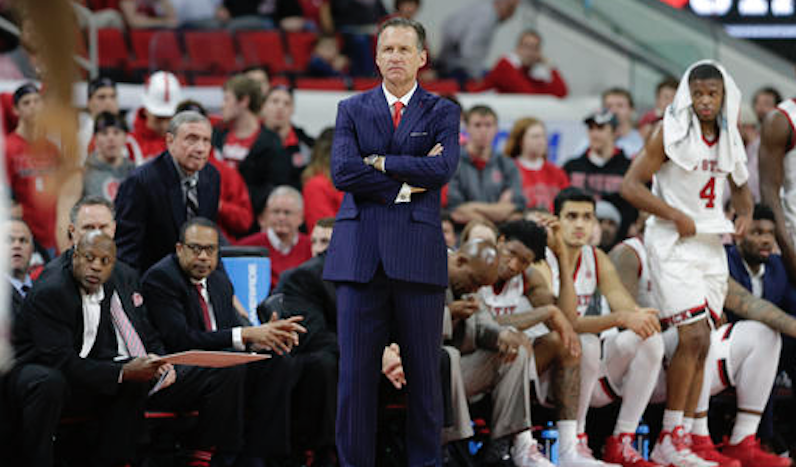 NC State was asked by the Southern District of New York Court to not disclose the contents of the subpoena it received back on Jan. 17, which stem from the FBI’s investigation into corruption in major college basketball.

Last Friday, in the midst of the ACC Tournament, NC State made public that it had in fact received the subpoena.

According to athletics spokesman Fred Demarest: No NC State players, coaches or officials have been contacted by prosecutors, though, per Demarest.

Gottfried, who coached at NC State from 2011-17, went 123-86 while in Raleigh; on Monday this week, he was hired by Cal State Northridge to be its new men’s basketball coach.

Smith, an All-Freshmen team selection in the ACC last season, was selected 9th overall by the Dallas Mavericks in the 2017 NBA Draft. He averages 14.9 points and 4.9 assists in 30 minutes per game for the 22-46 Mavs.