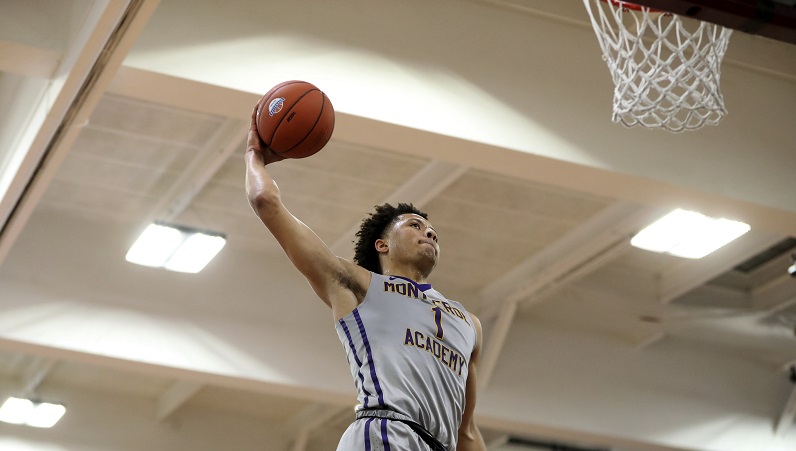 Major news out of the NCAA this afternoon, and it could play a roll in what happens with Cade Cunningham, the No. 1 prep player in the country. Due to violations committed by former associate head coach — Lamont Evans — Oklahoma State has been banned from postseason play in the 2020-21 season.

Evans was rolled up in the FBI’s investigation into colleges basketball. As a result, he was fired with cause in 2017. According to a decision released by the Division I Committee on Infractions, Evans violated NCAA “ethical conduct rules when he accepted between $18,150 and $22,000 in bribes from two financial advisors to influence student-athletes.”

Oklahoma State will face several other punishments; the program is placed on probation and will see a reduction in scholarships, limits on official visits, and a fine. (Evans was also hit with a 10-year show-cause order.)

However, the postseason ban is especially notable because of the presence of Cunningham, the No. 1 prospect in the 2020 class.

Cade Cunningham, the nation's No. 1 prospect and potential No. 1 pick in the 2021 NBA Draft, signed to play at Oklahoma State. The NCAA just banned OSU from postseason play.

Cunningham, who signed with OK State last November, is more than just the top prep prospect in the country. Not all recruiting classes are created equal, and Cunningham is a special talent. A 6-foot-6, 215-pound point guard, Cunningham projects as the No. 1 pick in the 2021 NBA Draft. However, if he were eligible for the draft in 2020, he would absolutely go No. 1, too.

When it comes to NBA prospect evaluation, Cunningham is on a similar tier with Luka Doncic and Zion Williamson. Cunningham, at an early age, already projects as an NBA franchise cornerstone. He’s that special: a pick-and-roll savant, with incredible vision and passing touch.

Cunningham is also a powerful finisher at the rim, which he showcased over a marvelous prep career at Montverde Academy and an electric international performance at last summer’s FIBA U19 Men’s World Cup, when he starred alongside FSU signee Scottie Barnes.

During the 2019-20 prep season, Cunningham teamed up with Barnes and UNC signee Day’Ron Sharpe at Montverde; led by that trio, among others, Montverde put forth one of the most dominant high school teams ever created.

Oklahoma State should appeal the decision; however, there’s no guarantee that will work, as far as the postseason ban goes. Cunningham may choose to not change his plans for next season, regardless of this outcome. It’s late in the game (amid a global pandemic) and his older brother, Cannen, is an assistant coach at Oklahoma State. Cunningham would also require a release from his LOI if he sought to go this direction.

Cunningham picked Oklahoma State over a handful of other programs: North Carolina, Kentucky, Florida and Washington. Cunningham even took an official visit to UNC last fall (Sept. 27). If he were to reopen his recruiting process, though, he would certainly have options. Plenty power programs have scholarships available, including Duke and Kentucky, which was the runner-up to OSU in the Cunningham sweepstakes.

Mike Boynton on Cade Cunningham: “We're going to have conversations. … We’re gonna try to look at all the options, whatever they are: G-League, overseas, transfer to another school, stay at Oklahoma State. … Whatever he decides is best for his future, I’m gonna support 100%.”

These hypothetical offers for Cunningham would go beyond college basketball, too. Cunningham could absolutely demand an offer identical to what Jalen Green, another top-5 2020 prospect, received to headline the new NBA/G League development program.

OK State case: Employed one of the four assistant coaches (Lamont Evans) arrested in the initial wave of the FBI investigation for bribery.

Arizona, Auburn and USC the other three with similar NCAA cases.