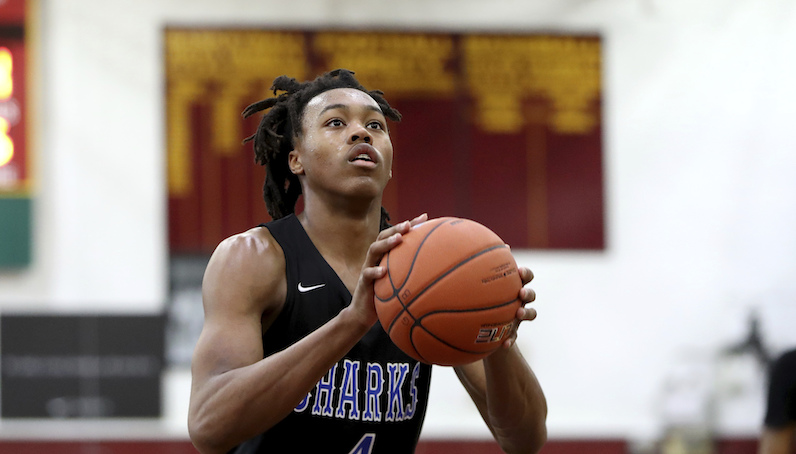 Over the last few weeks in Greece, a select group of American basketball players took part in the FIBA U19 Men’s World Cup. This marked the seventh team Team USA has won the event and the first time since 2015, when Jayson Tatum and Harry Giles led the way. (If you remember, the 2017 USA squad lost in the tournament’s semifinal round to Canada, behind a masterful performance from RJ Barrett.)

While this year’s team didn’t feature any current ACC players, nor did it have an ACC coach on staff, though NC Central’s LeVelle Moton works in the midst of Tobacco Road, too, several prep prospects on the roster could suit up in the conference.

Regardless, it was dominant performance from Team USA, which went undefeated across seven games and outscored its opponents by an average of 28.7 points per game. Team USA scored over 100 points in four of the seven games; the closest margin was the team’s 14-point victory in the gold medal match over Mali.

Cunningham is the top prep basketball player in America; he’s on pace to be the No. 1 pick in 2021, unless he reclassifies, and projects out to eventually be one of the best players in the NBA. The 6-foot-6 guard, who plays his prep ball for the famed Monteverde Academy, hails from Texas.

While Cunningham struggled with his shot this summer (1-of-14 3PA in the World Cup), he still filled up the boxscore in meaningful ways: 11.7 points per game, 40 assists (14 turnovers) and 10 steals. Watch him work with this gorgeous touch pass off the initial find from Iowa State’s Tyrese Haliburton, another high-level guard prospect (66.2 eFG%, 2.7 percent steal rate).

This about sums up the U19 team this year (lmao Haliburton). Passing has been outstanding, especially relative to age. pic.twitter.com/NVS6kLFOfR

247 Sports ranks Cunningham as the No. 3 overall player in his class and the top perimeter prospect. The usual heavyweights are in on his recruitment: Duke, Kentucky, Kansas and Florida. Memphis and Carolina are in the mix, too. He plans to take his official visits during football season this fall.

However, Oklahoma State is the frontrunner right now to land Cunningham — in part because the Cowboys hired his older brother, Cannen, as an assistant coach. Cannen, just 26, played for four seasons at SMU under Matt Doherty and Larry Brown.

Cunningham is the older brother of Cade Cunningham, the No. 3 prospect in the 2020 class.

Another prep prodigy, Barnes proved to be a key contributor for Team USA this summer — coming off the bench and playing over 20 minutes per game. Barnes put up good averages, too: 9.7 points and 4.9 rebounds per game, while shooting 54 percent from the field.

At 6-foot-8, Barnes brings multi-positional versatility to the frontcout; he’s a competitive defender, who plays hard, runs the floor and crashes to the rim.

Cade in transition is scary. You see the handle flash with the low around the back at high speed, and then the perfect oop. Also loved the effort and floor running from Barnes today. Was consistently first one back on both ends. pic.twitter.com/ikt7PQXog6

A product of Florida, Barnes is essentially being recruited by every power program in the country, including several from the ACC. Back in April, he narrowed his list of schools down to eight: Cal, Duke, Florida State, Kentucky, Kansas, Ohio State, Oregon and Miami. (Initially, Syracuse was in the mix, too.)

Last November, Barnes took an official visit to FSU. Prior to his Tallahassee trip, Barnes visited Oregon officially as well.

Another 5-star wing in the 2020 class, Green ranks as a top-five prospect in his grade and the No. 2 combo guard — behind Cunningham, per 247 Sports. The 6-foot-5 Green, who hails from California, is one of the top players on the West Coast.

While with Team USA this summer, played a critical role off the bench, like Barnes: 21.4 minutes, 10.1 points, and 2.1 rebounds per game. Green shot just 20 percent from beyond the arc in the tournament, but he got up 29 3-point attempts (over 4 per game), second most on the roster.

JALEN GREEN FULL TOURNAMENT HIGHLIGHTS@JalenRomande averaged 10.1pts during this FIBA U19 World Cup 2019 at 17. One of the top prospect of the 2020 class.

While Memphis and Kentucky are the leaders in the clubhouse for Green, two ACC programs are hanging around, too: Florida State and UNC. Green took an official visit to FSU last November — the same weekend Barnes visited.

FIBA u19: Jalen Green received a call from North Carolina. He discusses that, plus adjusting to role with USA Basketball, potential visits & his thoughts on going pro instead of college | Story: https://t.co/0ppBdQjHQi pic.twitter.com/dSbnw5n4V5

Speaking of California prospects, say hello to Ziaire Williams, another versatile 6-foot-7 forward, who averaged 27 points and 10 rebounds per game at Notre Dame H.S. in Sherman Oaks. Williams also put together a strong effort on the Nike EYBL circuit, too.

A top-10 player in the 2020 class, 247 Sports ranks Williams as the No. 2 small forward in the class — between Barnes and recent Duke commit Jalen Johnson.

With Team USA this summer, Williams played a bench role — appearing in all seven games and shooting 54 percent from the field.

North Carolina offered Williams a scholarship last December. As of right now, UNC and Stanford appear to be in the lead for Williams; he’s taken official visits to both programs already.