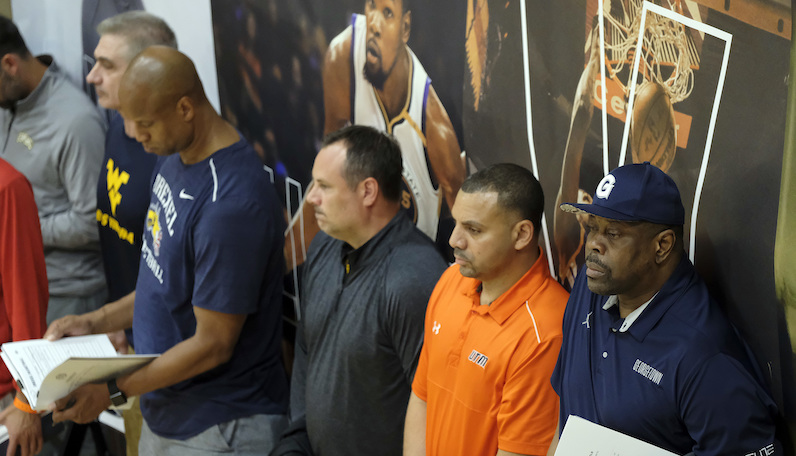 Starting on Wednesday, July 10, down in Augusta, Georgia, the 2019 Nike EYBL Peach Jam gets going. One of the most important offseason events on the recruiting calendar, the event runs until July 14, and will host some of the top college coaches and prep prospects in the country.

As expected, a plethora of current and, likely, future ACC commits will be in attendance:

An important note, too: the Peach Jam is part of the new July Evaluation Period.

The only July Evaluation Period tips off in the morning. I’m en route to Peach Jam, which actually starts this afternoon.

Will also spend time at various events in Atlanta over the next couple of days.

As Jeff Capel heads into his second season at Pittsburgh, he has a young roster — which has talent and NCAA Tournament aspirations. The group is led by a fun sophomore backcourt of Xavier Johnson, a legit NBA prospect, and Trey McGowens.

On Wednesday, though, the Panthers added another guard to the roster: walk-on KJ Marshall.

A North Carolina product, Marshall hails from Fayetteville — the hometown of Jeff and Jason Capel, an assistant on Pitt’s staff. The 5-foot-11 Marshall played his prep basketball at Trinity Christian; as a senior he averaged 9.5 points and 2.9 assists per game, according to MaxPreps.

According to Adam Zagoria, the Pitt Panthers will play Bruce Weber, who just coached Team USA Basketball to the U19 World Cup, and Kansas State in the 2019 Fort Myers Tip-Off. The event is set for late November — just ahead of the ACC-Big 10 Challenge.

Pitt will take on Kansas State and Northwestern will face Bradley in the 2019 Rocket Mortgage by Quicken Loans Fort Myers Tip-Off November 25 and 27 at Suncoast Credit Union Arena in Fort Myers, Fla.

More scheduling news: according to a report from Jon Rothstein, Syracuse Basketball will play up and coming Oklahoma State in the first round of the Preseason NIT.

For the 2020 class, Oklahoma State already has one commitment lined up with 4-star point guard Davonte Davis. The Cowboys are also competing with the heavyweights for a trio of 5-stars: Cade Cunningham, Isaiah Todd and Bryce Thompson

Sources: Syracuse will play Oklahoma State and Ole Miss will face Penn State in the first round of the 2019 Preseason NIT at the Barclays Center.

Another Look: NAW shines in his Summer League debut for the Pelicans