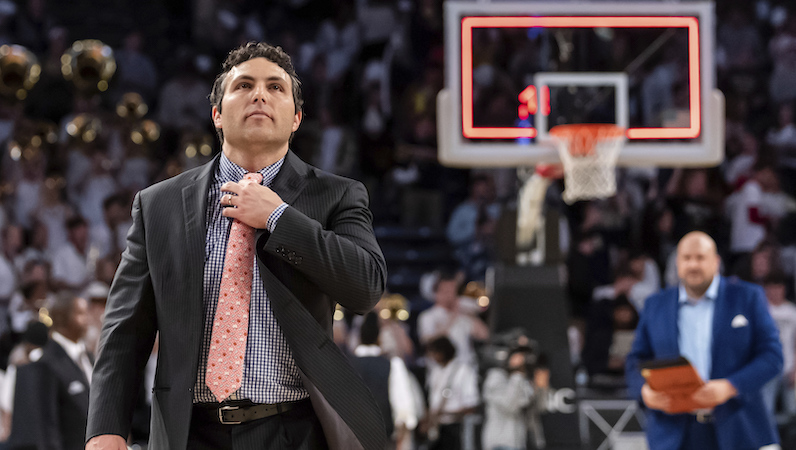 Back in early March, Georgia Tech officially accepted the NCAA’s postseason ban for 2020; the Yellow Jackets wouldn’t play in the 2020 ACC Tournament, or any other possible postseason tournament. Georgia Tech’s season would end at the conclusion of the regular season, and the program would enter the 2020-21 season without any risk.

The following week, however, as COVID-19 continued to spread, the sports landscape started to change, swiftly. After two rounds, the ACC Tournament was called off; hours later the 2020 NCAA Tournament was cancelled, too. With regards to Georgia Tech, small pockets of concern grew: could these developments cause the postseason ban to be pushed to 2021?

Those concerns can be put to bed, though. According to a report from Ken Sugiura of the Atlanta Journal-Constitution, Tech was informed last week that, via the NCAA’s Infractions Committee, the university had the conditions of the penalty.

Back in March of 2019, Georgia Tech received its notice of allegations regarding several high-level recruiting violations that took place under head coach Josh Pastner.

Six months later, in September of 2019, Georgia Tech learned that it would receive a postseason ban from the NCAA in 2020. The university decided to appeal the ban, which left the door open, possibly, for a trip to Greensboro in 2020. Sanctions — while under appeal — can’t be enforced. That appeal was dropped the week before the ACC Tournament, though.

Tech will continue to appeal a couple of the recruiting restrictions that were put in place last September, though.