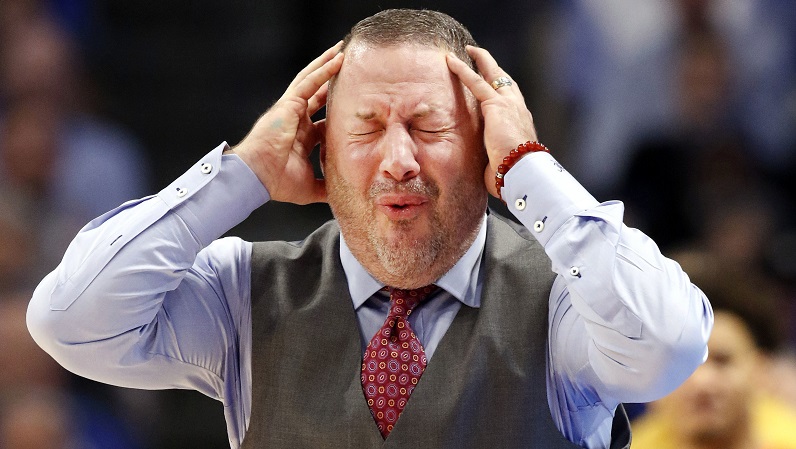 Virginia Tech head coach Buzz Williams reacts to a call during the second half of an NCAA college basketball game against Kentucky, Saturday, Dec. 16, 2017, in Lexington, Ky. (AP Photo/James Crisp)

One day after the departure of Buzz Williams from Virginia Tech to Texas A&M, and some unfortuante — yet predictable — recruiting news hit the Hokies. According to a report from Evan Daniels of 247 Sports, 4-star guard Anthony Harris has received a release from his Letter of Intent to Virginia Tech.

Four-star guard Anthony Harris has received a release from his Letter of Intent to Virginia Tech, he tells @247Sports. Harris is now one of the best available prospects in the 2019 class. | Story: https://t.co/I3UwXgLIJt pic.twitter.com/7JEnQZQjxF

The 6-foot-3 Harris, a consensus top-70 prospect per 247 Sports, played his prep basketball for Paul VI Catholic in Fairfax (VA.). He now becomes, as Daniels described it, one of the best available prospects in the 2019 recruiting class. Harris did tell 247 Sports that he will still consider Virginia Tech.