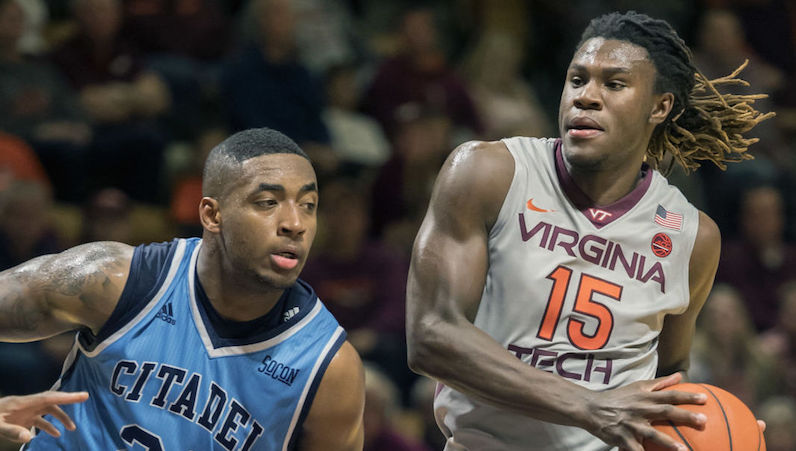 Chris Clarke was one of just two ACC players to record a triple-double in 2016-17. (AP Photo)

Virginia Tech basketball is set to open its 2018-19 season next Friday (Nov. 9) against Gardner-Webb. However, there’s news out of Blacksburg today, and it’s not exactly great for the Hokies. According to a tweet from Jeff Goodman, Virginia Tech has indefinitely suspended senior forward Chris Clarke.

That report has been confirmed elsewhere, including David Teel of the Daily Press.

A season ago, Clarke was one of the top reserves in the ACC — the runner up for Sixth Man of the Year to De’Andre Hunter. He’s a skilled wing that does a lot for Virginia Tech on the court.

Clarke is no longer listed on Virginia Tech’s official roster on the school’s website.