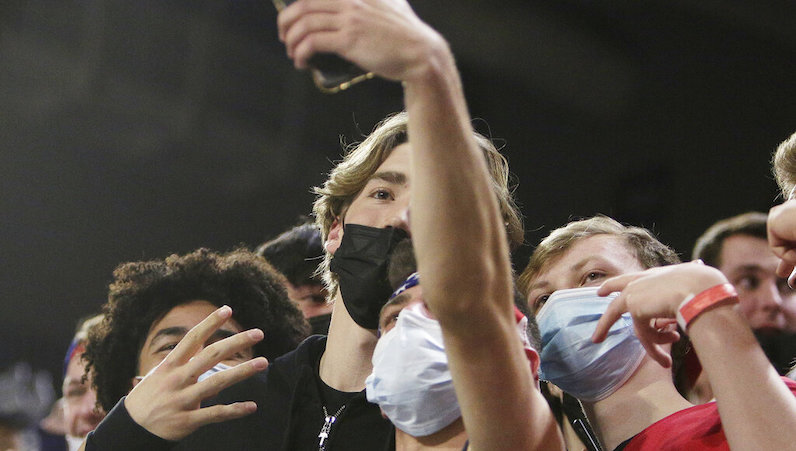 Moments before Duke took the floor to open its play for the 2022 NCAA Tournament, the Blue Devils picked up an off-court victory: Jared McCain.

On Friday, the 5-star combo guard from California committed to Duke over Gonzaga and UCLA.

The decision comes with little surprise; this is how things have trended for some time now, at least going back to McCain’s official visit to Duke back in early February.

A week after the visit to Durham, McCain took an official visit to Gonzaga, too. However, Jon Scheyer, Nolan Smith and Chris Carrawell clearly left a good impression. Part of that trip included Duke unveiling the future of its NIL offerings, along with how the Blue Devils planned to feature the 2023 blue-chip guard.

Assuming Foster doesn’t reclassify to 2022, the backcourt of Foster and McCain will be one of the most dynamic in the country.

Duke’s staff isn’t done for 2023, either. At the moment, the Blue Devils are in a competitive race to land 5-star power forward GG Jackson, a top-10 prospect in the class. Jackson is considering Duke, North Carolina, South Carolina, Auburn, Georgetown and the G League.

Inside The Playbook: How Wendell Moore Jr. unlocks pick-and-roll action for Duke