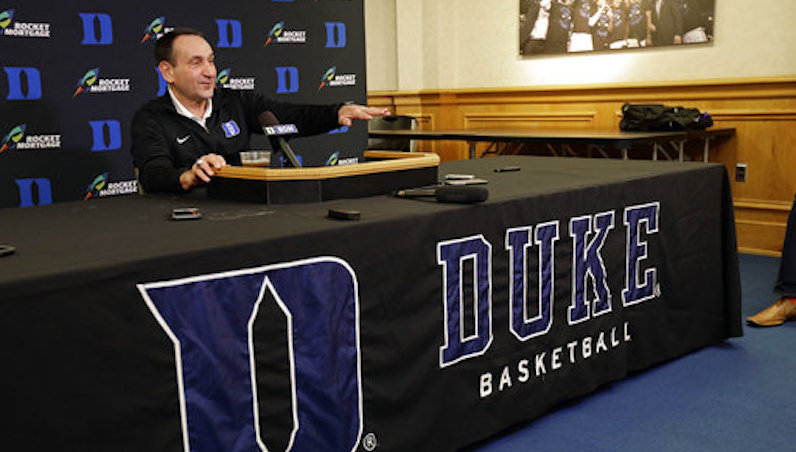 With actual basketball games in only a few weeks, college teams have started to recently assemble for their media days. On Monday (Oct. 15), Duke basketball went through the process, and Mike Krzyzewski addressed the media collective, too.

Most of the talk was centered on Duke — in particular what to expect from the high-profile freshman, like Zion Williamson. But also: the makeup of Duke’s starting five this season.

However, one can’t have a discussion about college hoops these days without addressing the elephant in the room: the federal investigation into corruption in the sport. According to Coach K, he hasn’t followed the trial, which is currently taking place, all that much. The reason for that: Krzyzewski doesn’t see it as a major part of the game.

Duke basketball opens its 2018-19 season on Nov. 6 against John Calipari and Kentucky. The Blue Devils and Wildcats finished No. 1 and No. 2, respectively, in 2018 team recruiting rankings.

Blue Devils get on the board in 2019, 5-star wing Wendell Moore commits to Duke