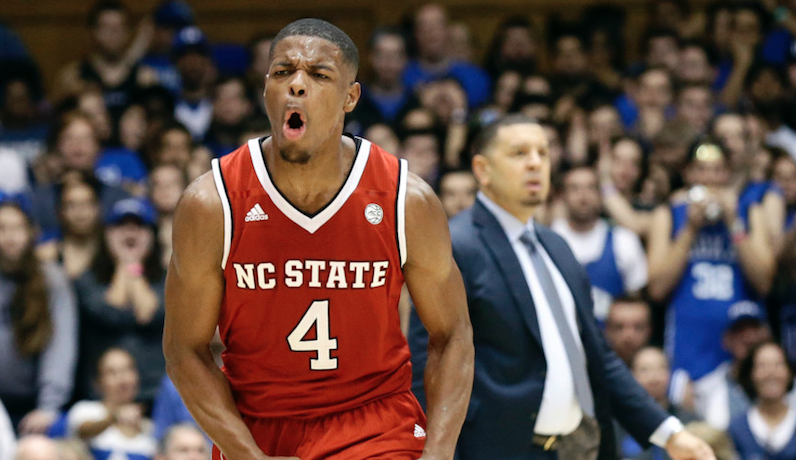 While testifying in federal court on Tuesday, Carrie Doyle — NC State’s compliance director — claimed that she had no knowledge of a $40,000 payment to the father of former point guard Dennis Smith Jr. This, of course, stems from the FBI’s investigation into corruption in college basketball.

Former adidas executive James Gatto (wire fraud and conspiracy) is alleged by the government to have given $40,000 to an unnamed NC State assistant coach — in the fall of 2015 — who shuttled the money along to Dennis Smith Sr. Gatto’s attorney, Casey Donnelly, told the court last back (Oct. 2) that her client made the payment.

According to a transcript obtained by The News & Observer, Doyle was questioned by U.S. assistant district attorney Noah Solowiejczyk from the Southern District of New York:

What, if anything, did you know about the payment of approximately $40,000 to the father of Dennis Smith Jr. in connection with Smith Jr.’s decision to attend N.C. State University?

To which Doyle replied: “I have no knowledge.” Earlier in the testimony, Doyle was questioned by Solowiejczyk on what NC State and her office would’ve done if they’d discovered by or been made aware of the payment:

As Steve Wiseman from The News & Observer also notes, Doyle was questioned on an unauthorized recruiting trip from NC State coaches Mark Gottfried and assistant Orlando Early, which included the use of a helicopter and also took place in the fall of 2015. Doyle claimed to have learned about the trip as it was happening on — of all places — Twitter.

Doyle was also asked about the relationship between the now infamous Eric Leak, a former NC State football player (1997-2000) that the university sent a letter of disassociation to back in 2011, and Smith Sr. In 2013, NC State barred Leak from its campus.

NC State had an assistant coach involved in paying a recruit. That's not good (duh).

What the NCAA will do with that, or any of the other violations that come out of the Gatto trial, is anyone's guess https://t.co/HcJX5OIRhD

Currently, Dennis Smith Jr. is heading into his second season in the NBA with the Dallas Mavericks. As a rookie, DSJ averaged 15.2 points and 5.8 assists per game on 39.5 percent shooting. The Mavs start their 2018-19 season next Wednesday (Oct. 17) against TJ Warren and the Suns in Phoenix.

Elsewhere, back in March 2018, Gottfried was named head basketball coach at Cal State Northridge. Despite being on the West Coast, the scandal continues to track Gottfried.

Wolfpack offensive notes, including the arrival of Ricky Person