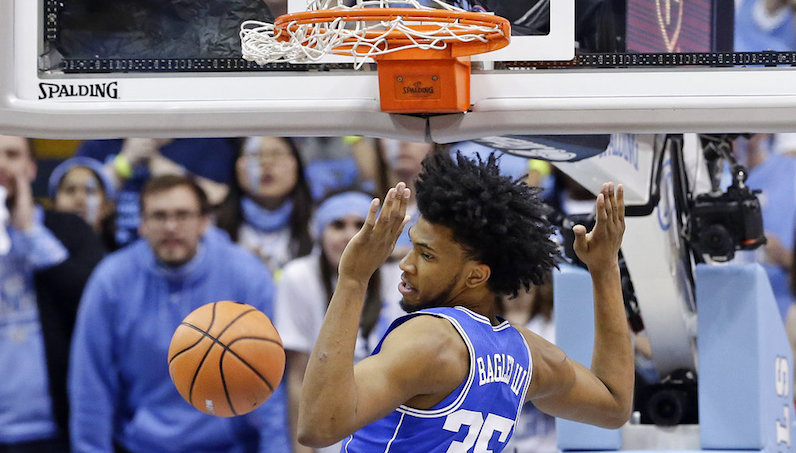 Duke basketball announced on its official Twitter account today that freshman forward Marvin Bagley — the ACC’s leading scorer and rebounder — will not play against Georgia Tech this evening. Bagley suffered a mild knee sprain in the first half of Thursday’s loss at North Carolina.

This will be the first game Bagley’s missed this season; according to KenPom, the star freshman has played in 82 percent of Duke’s minutes this season. Bagley projects as consensus top-5 pick in this year’s NBA Draft. That guarantees a first-year salary of over $4 million.

The Blue Devils will count on Wendell Carter to power its frontcourt tonight against Ben Lammers — one of the ACC’s top defenders.

NEWS: As a precautionary measure, Marvin Bagley III will not play tonight at Georgia Tech with a mild knee sprain. The injury was sustained in the first half on Thursday at North Carolina. pic.twitter.com/nxLtV1l1In

Jay Williams: Duke’s issue is on the defensive end, stopping the players in front of them