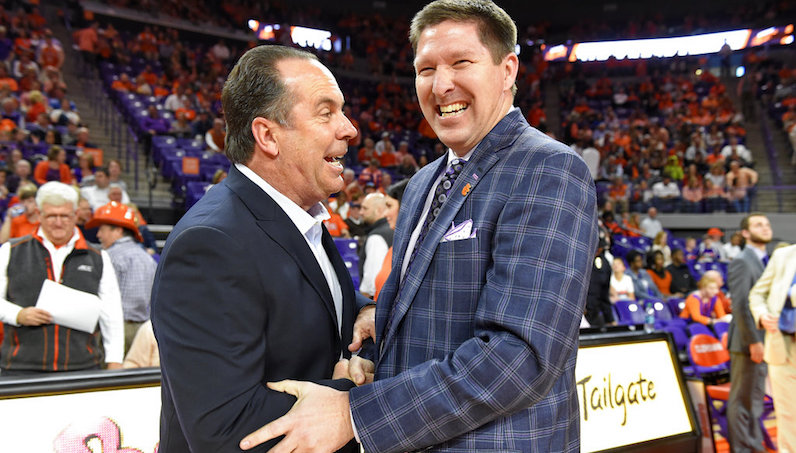 One of the top guards in the 2019 recruiting class is not headed to the ACC; 5-star guard Josiah James has committed to the Tennessee Volunteers.

A native of Charleston, S.C., the 6-foot-6 combo guard picked the Volunteers over Duke and Clemson, which had emerged as the favorite in recent days.

This decision comes only a few days after James took an official visit to Clemson last weekend. Two weeks prior, James visited Tennessee. James was scheduled to visit Duke this weekend, but canceled that trip on Sunday (Sept. 16).

Fine-Star PG Josiah James announcing his college decision on Wednesday morning at his school. Was scheduled to visit Duke on September 27th. https://t.co/NGV4Ux1Bx4

With Jeff Capel, Duke has now missed on two backcourt targets in the 2019 class. Back during the first week of September, 5-star wing Bryan Antoine committed to Villanova.

The Blue Devils are still in the running for plenty of top backcourt talent, like Cole Anthony, the No. 1 combo guard in the country. There’s a lot of competition to land Anthony, though. Mike Krzyzewski and Duke may have to cast a slightly wider net.

Josiah James would’ve been the highest-rated commit of Brownell’s tenure at Clemson — the No. 13 overall player in the 2019 class. The Tigers already have one 2019 commitment: 3-star combo guard Chase Hunter out of Atlanta.

This must sting for Clemson, especially after missing out on Zion Williamson, another 5-star product out of South Carolina, in the 2018 recruiting cycle.. Clemson thought it had a great shot at landing Williamson — before he committed to Duke in January.