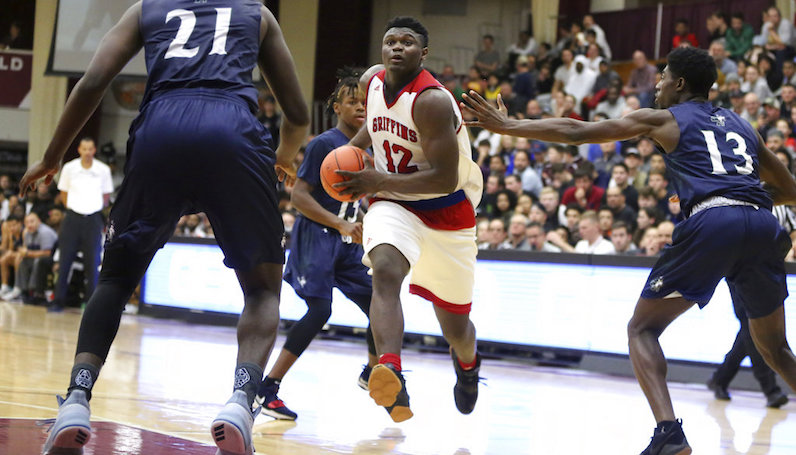 Zion Williams is now a Duke Blue Devil. After years of speculation, we know where the 5-star Williamson is headed; it’ll be up Interstate-85 to Durham, North Carolina

No. 2 prospect Zion Williamson has committed to Duke.

Three ACC schools were in the running to land Williamson, including Clemson and North Carolina.

More: How Duke pulled off the Zion Williamson stunner

Marvin Bagley is on a Blake Griffin-like pace at Duke