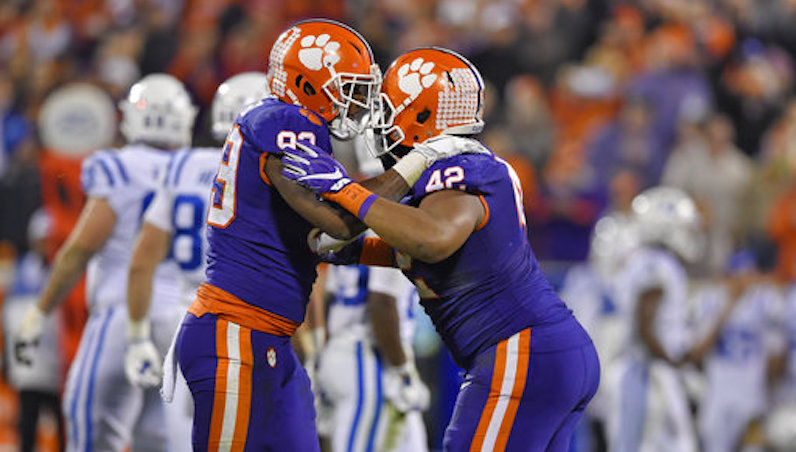 Patterson, a 4-star prospect, ranks as the No. 99 overall recruit in the 2021 class, per 247 Sports. The 6-foot-6 Patterson is a gifted edge rusher that can play end or outside linebacker in a 3-4 scheme.

Clemson, in the end, won out of seven other in-state programs, including in-state North Carolina, which is in the process of stacking together a monster 2021 class. Patterson also considered Georgia, Alabama, Notre Dame, Kentucky, South Carolina and Oklahoma.

Patterson is the second commit in Clemson’s 2021 class from North Carolina; earlier in May, the Tigers also plucked 5-star running back Will Shipley.