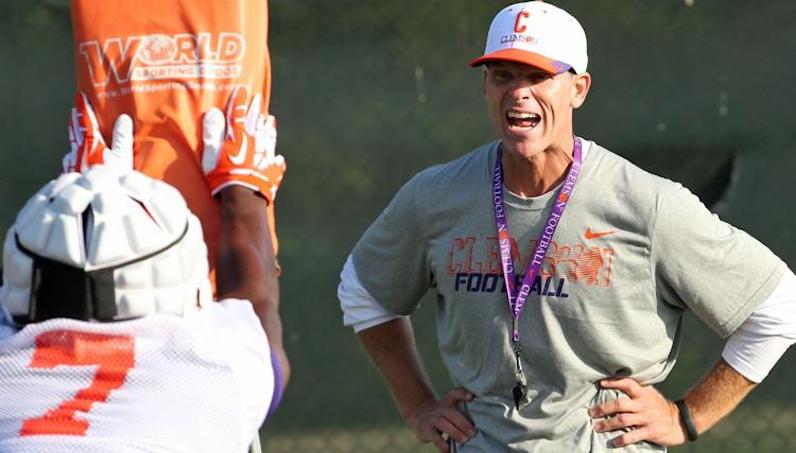 On Tuesday evening, Barrett Carter committed to Clemson, which is a substantial addition for the Tigers. Carter, a 4-star outside linebacker in the 2021 class from, picked Clemson over Ohio State, Auburn and Georgia.

247 Sports ranks Carter, who hails from Suwanne (Ga.), as the the No. 74 overall prospect in the 2021 class, and the No. 7 outside linebacker. Carter’s commitment comes two weeks after Clemson landed a pledge from 5-star running back Will Shipley.

Even with the de-commitment of 5-star defensive end Korey Foreman (back in April), Clemson’s 2021 class ranks third nationally. Clemson is just ahead of UNC in 247’s class rankings. The Tigers have 11 2021 commits, currently, including four now from the state of Georgia.

(It’s relatively early in the process, but it would be impressive if the ACC could stick two top-5 classes in 2021.)

All four of Clemson’s Georgia commits are top 300 prospects, too. One of those prospects is 4-star cornerback Jordan Hancock, a teammate of Carter at North Gwinnett. Hancock is another top 75 prospect.

According to the prospect himself, Clemson believes the 6-foot-1, 215-pound Carter can fill a role similar to what Isaiah Simmons grew into with the Tigers.

Aamir Simms scouting report: Seeing the floor and so much more