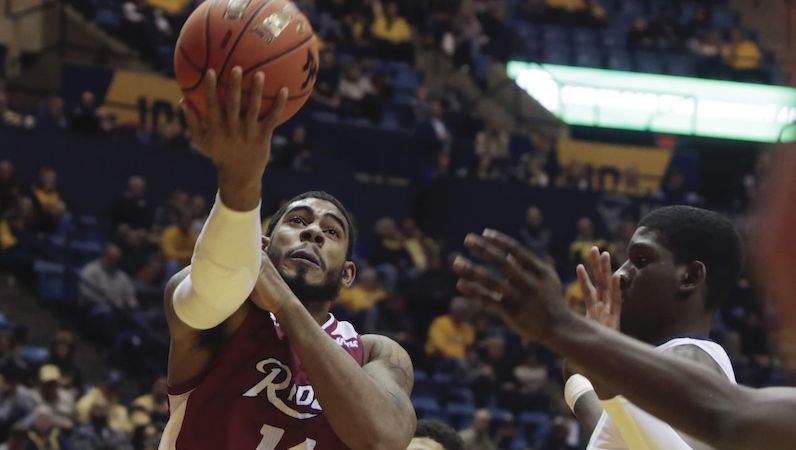 Boston College is set for turnover churn to its roster this offseason. Graduate transfer guard Derryck Thornton is gone; seniors Nik Popovic and Jared Hamilton are set to leave the program, too. Three BC players entered the transfer portal, too, including Jairus Hamilton, a top-75 prospect in the 2018 class, and Julian Rishwain, a freshman shooter with some upside.

Jim Christian, back for his seventh season with the Eagles, still has pieces to work with, though. Boston College has been busy on the other end of the transfer market, too. Last month, BC landed Quinnipiac shooter Rich Kelly. And earlier this month, the Eagles added Frederick Scott, a burly frontcourt scorer with plenty of experience.

Mitchell brings a little bit of everything to the table: rebounding (20.1 percent defensive rebound rate), defense and play-making (19.1 percent assist rate). A higher-usage forward like Scott, who can attack, shoot and draw contact, pairs nicely in this scenario. (Scott shot just under 61 percent at the rim this season, too.)

During his time at Rider, Scott attempted a mountain of free throws: 458 FTA. And while, he isn’t the most accurate shooter at the stripe (55.9 FT%), there’s still value in creating whistles. According to KenPom, Scott drew 4.7 fouls per 40 minutes this season. Two seasons ago, though, he drew 6.7 fouls per 40 minutes, which 30th nationally.

With those two combining in the frontcourt, BC has an interesting mix in the guard spots as well. Wynston Tabbs missed the entire 2019-20 season (knee), which meant he couldn’t follow up a strong freshman camp campaign. If Tabbs is healthy in 2020, that’s a major boon for the Eagles. There’s also Kelly, and his shooting acumen.

Providence transfer Makai Ashton-Langford, a former top-50 recruit who redshirted this season, is ready to roll. Jay Heath, who averaged 13.1 points per game as a rookie (37.6 3P%), has nice offensive upside.

Mitchell, Scott, Tabbs, Heath, Ashton-Langford, Kelly and Langford is an interesting seven-man rotation. Add in sophomore forward CJ Felder and BC has some decent depth, too. Felder struggled with his shot and turnovers this season, but he’s 6-foot-7 and bouncy: 13 dunks, 2.4 percent block rate.