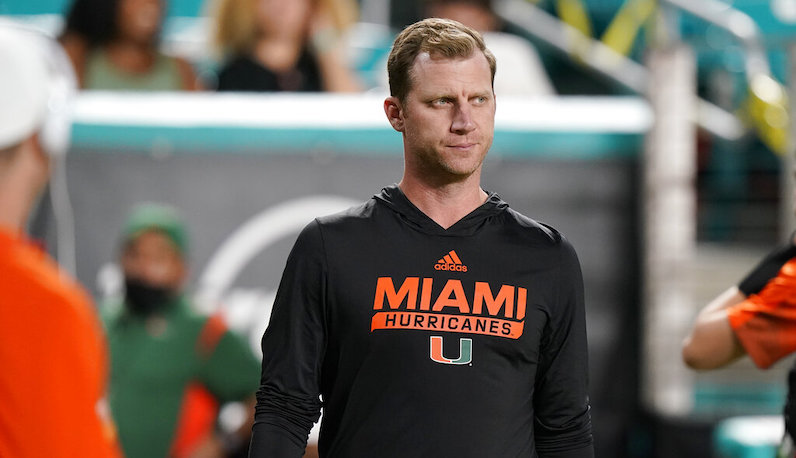 According to a report from Adam Rittenberg of ESPN, Miami offensive coordinator Rhett Lashlee will leave the program to become the head coach at SMU.

Other college football insiders have confirmed the repot.

The SMU job opened up with Sonny Dykes left for TCU. Prior to his time with Miami, Lashlee was the offensive coordinator under Dykes at SMU (2018-19).

Despite a 7-5 record, the 2021 season has been a bit of a disappointment for the Hurricanes. However, one of the team’s real bright spots centered on the development of freshman quarterback Tyler Van Dyke.

Under the tuteledge of Lashless, Van Dyke completed 62.3 percent of his pass attempts, while throwing for 2,931 yards, 25 touchdowns and only six interceptions. Over the final six games of the season, Van Dyke threw for 300+ yards and 3+ touchdowns in each contest.

During the 2020 season, Houston transfer quarterback D’Eriq King also had a monster year while working with Lashlee. King completed 64.1 percent of his pass attempts and accounted for 27 total touchdowns.

Miami, which parted ways with AD Blake James a few weeks ago, will have a decision to make with Manny Diaz. If Diaz is retained, though, the Hurricanes will be in the market for an offensive coordinator — with a priority of amplifying Van Dyke’s talents.