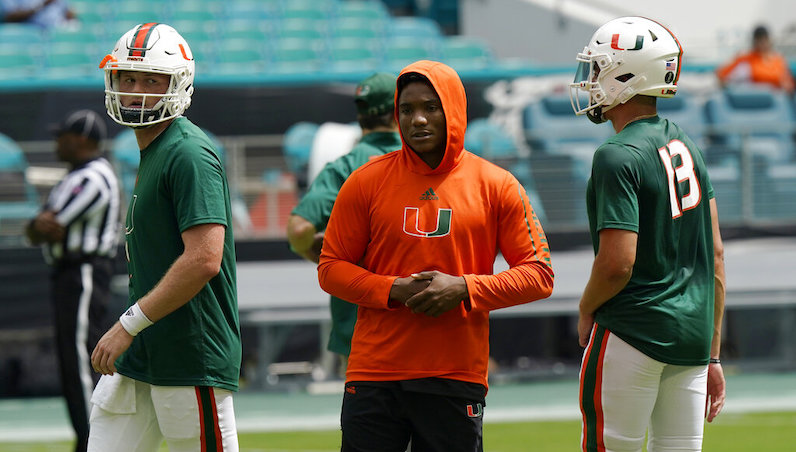 Unfortunately, the 2021 season is official over for Miami quarterback D’Eriq King, which likely means the end of his prolific college career, too. King, who has been out since Miami’s loss to Michigan State, will undergo shoulder surgery.

Prior to the 2020 season, King transferred to Miami from Houston. The sixth-year senior elected to return for the 2021 season after leading the Hurricanes an 8-3 season in 2020 — and an AP Top 25 finish. King threw for 2,686 yards and 23 touchdowns. He also ran for 538 yards and four more touchdowns.

Miami (2-3) will now officially turn the QB position over to Tyler Van Dyke, who has started the last two games, including a near-comeback win vs. Virginia. For the season now, Van Dyke has completed 25-of-41 pass attempts (61 percent) for 473 yards and four touchdowns.

Hurricanes land at No. 12 in this week’s Power Rankings