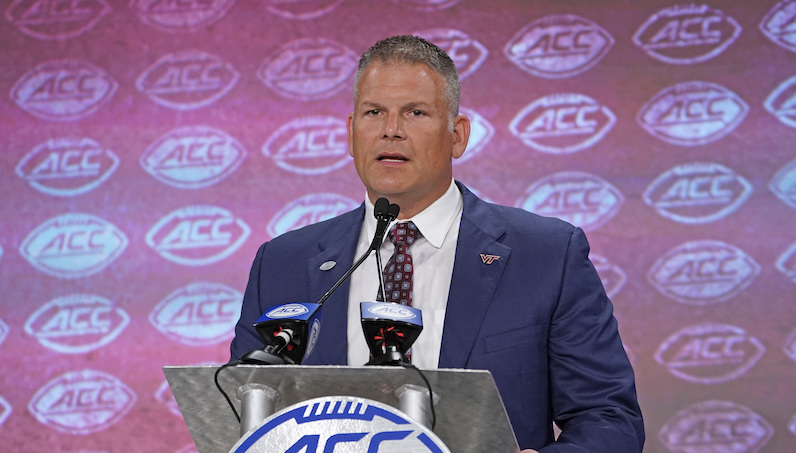 After an up-and-down 2020 season, Justin Fuente will return to Virginia Tech for the 2021 season — his sixth with the program.

Functioning with a depleted roster, Virginia Tech jumped out to a 4-2 start this season. However, the Hokies went winless in the month of November — four straight losses. The stretch of play included some questionable late-game coaching decisions, too. But Virginia Tech closed the season with a win over Virginia, which bumped the record to 5-6 and returned the Commonwealth Cup to Blacksburg.

Fuente’s time in Blacksburg started with great promise; Virginia Tech won 19 games across his first two seasons. That arc included a division title in 2016, too. Over the last three seasons, though, the tide shifted in the wrong direction. The Hokies have just 19 wins in their last 37 games.

The #Hokies will retain football coach Justin Fuente, who is 19-18 the past three seasons, sources told the Richmond Times-Dispatch.
The coach led Tech to a 5-6 record and a win in the regular-season finale over #UVA.https://t.co/Ke3iMTeDZr

The mediocre on-field product has been backdropped by a variety of personnel turnover — with both players and staff. Veteran defensive coordinator Bud Foster retired after the 2019 season.