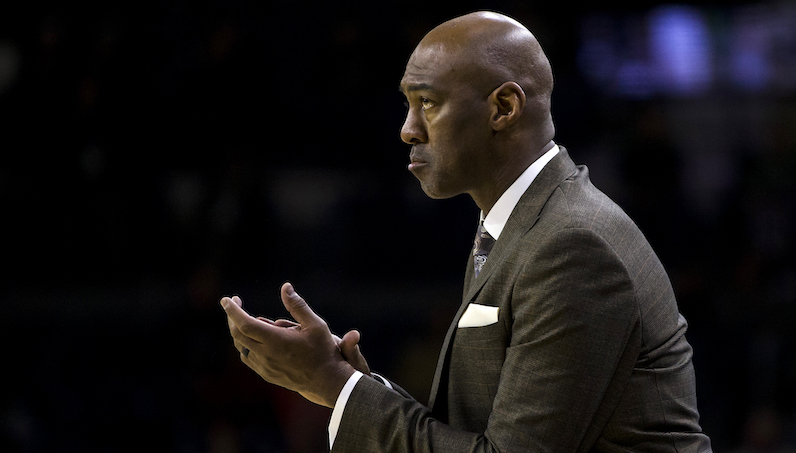 As recently as two weeks ago, it would’ve seemed borderline preposterous for Wake Forest to retain Danny Manning as its head coach for the 2020-21. Operating on borrowed time this season, Wake Forest once again struggled under Manning; the next step seemed obvious.

ACCSports.com reported the first week of March (which feels like 100 years ago) that Manning’s agent and the university had already begun buyout negotiations — an expensive sticking point.

The following week, after Manning and Wake Forest once again lost on the opening day of the ACC Tournament, it looked as if things would start to move quickly. This would become the first big decision for athletic director John Currie.

However, that loss took place on Tuesday (March 10); by the end of the following night (March 11), everything had to changed.

As things have spiraled with the world grappling to combat COVID-19, we’ve truly entered uncharted territories. With that in mind, there are very real trickle-down effects, too: even with something silly like college basketball.

Certain aspects of the sport continue to function, albeit in murkier-than-normal waters. Players are still declaring for the NBA Draft; others have entered the 2020 NCAA transfer portal, and made commitments. Some programs continue to recruit and offer scholarships — even as they follow guidelines of an emergency/temporary recruiting dead period.

This brings us back to the topic at hand with Manning. Over the last 10 days, two other ACC coaches — Clemson’s Brad Brownell and Jim Christian of Boston College — were announced to be returning for the 2020-21 season.

Boston College’s decision to retain Christian certainly drew some attention from Wake Forest fans; in terms of public perception and sustained lack of success, Christian is Manning’s closest facsimile in the conference. During his six seasons at BC, Christian has a record 75-119 (.387). Over that same window of time, Manning has a record of 78-111 (.413) at Wake Forest.

The globe’s current public health crisis played a role in that decision, as Boston College athletic director Martin Jarmond put it: “There is so much uncertainty right now with everything. You need to be steady and you need to have calm in uncertain times.”

It’s not a unique choice, either. Other programs have followed a similar path. As of this point, still in the wake of conference tournaments and the NCAA Tournament being called off, there isn’t a single high-major college basketball coach that’s been fired or let go. Under normal standards, that’s hard to believe. But in this new world, it makes more sense.

The University of Portland is sticking with men’s basketball coach Terry Porter, per source.

No change will be made this offseason.

Porter has one year remaining on contract. He is 37-92 in four seasons.

Even as the Eagles elected to bring back Christian, a few other things of note took place regarding Wake Forest and Manning, too.

First up: social media. Late in the morning on Monday (March 23), Manning tweeted out that he and his wife, Julie, donated to Forsyth County’s COVID-19 Response Fund. Winston-Salem, home to Wake Forest University, is the largest city in Forsyth County.

This is an objectively good thing to do — generous in nature, and with his platform (ACC head basketball coach) it helps spread awareness. As we work to flatten the curve and behave responsibly in this time of crises, stuff like this goes a long way. (Unfortunately, the fact that some replies to the tweet were hidden by its author gives some insight into the fact that not all perceived it as such. That’s gross, but true: a few bad eggs and all of that.)

Now is the time to band together to make sure we take care of those struggling because of the COVID-19 pandemic. Julie and I have donated to the COVID-19 Response Fund Forsyth County and we hope you will join us in that effort. To learn more/donate, visit https://t.co/irGUmuYryF

This type of social media interaction is, of course, perfectly normal. In our current time of need, it also helps amplify a message of very really importance. Not everyone has the means to help matters financially; for those who can, though, it’s important to do so. Similarly, not everyone has a substantial  platform. Several other ACC coaches have made public statements regarding the matter; Mike Krzyzewski of Duke has been rather vocal. Manning absolutely deserves praise for helping out with a very real situation.

Later in the day, though, it was announced on Twitter that Wake’s coaching staff still continues to recruit players to the school. Ryan Mutombo, a 4-star prospect in the 2021 class and the son of NBA legend Dikembe Mutombo, received an offer, which he made public.

This, too, makes perfect sense: as of right now, the staff is still employed — this is how they do their jobs. Manning’s staff continues to work on adding transfers to the program, too, like Sacred Heart graduate transfer EJ Anosike. In theory, Anoskie is in place to help a team next season.

To be clear: with all of this, what matters most is the safety and personal well-being of anyone that could come in contact with coronavirus, which is literally everyone.

The coaching carousel in college hoops takes a back seat, and it certainly seems like athletic administrators are operating under with that in mind, too. If intentions are pure, and there’s genuine concern for how a change could impact families and players, then that thought process is genuinely commendable.

For Wake Forest and John Currie, however, this (hypothetical) initiative puts them in a very tough situation with Danny Manning.

In the event of, is Pat Chambers a possible candidate for the Wake Forest job?