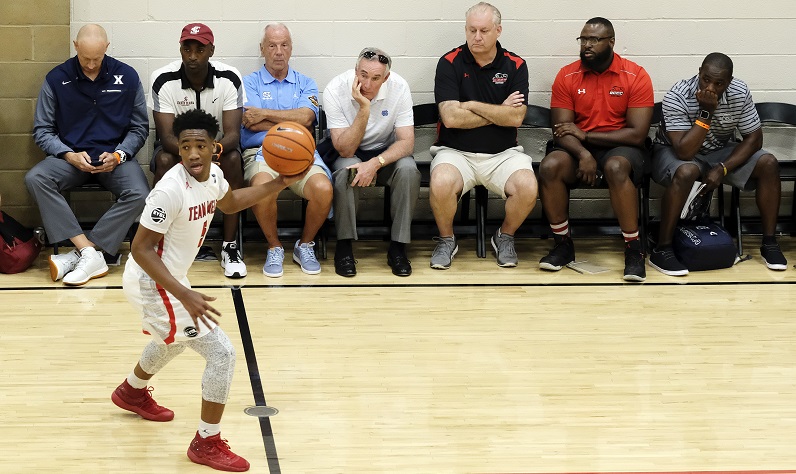 As the NCAA continues to take precautions for how to handle sports and the COVID-19 virus, more adjustments and changes continue to evolve. On Friday afternoon, March 13, one day after the cancellation of March Madness, the NCAA put forth a temporary recruiting dead period — which will cover all Division I sports. That period will extend through April 15, according to Nicole Auerbach of The Athletic.

The NCAA has established a temporary recruiting dead period for all Division I sports through "at least" April 15, per source.

It wasn’t just the men’s and women’s NCAA Tournaments that were cancelled; all (remaining) winter and spring sport championship events were dealt the same blow.

According to a report from 247 Sports, coaches at one university were notified on Friday that on-campus and off-campus recruiting visits/contacts have been prohibited until April 15. That move, according to the NCAA, begins immediately.