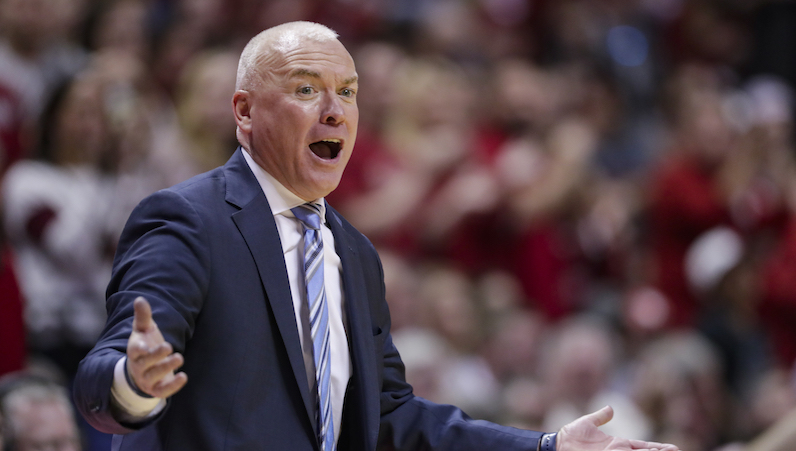 As Wake Forest looks to move on from the 2019-20 basketball season, the end of the Danny Manning era could very well be on the horizon. Reporting from over the weekend indicates that Manning’s dismissal would take place is likely near.

Rumors have swirled as to who could replace Manning in Winston-Salem; John Beilein, the former Michigan coach, hangs as as Pie In The Sky candidate.

However, over the weekend, speculation emerged that Penn State coach Pat Chambers is seriously in the mix as well.

Prior to Penn State, Chambers, a former Villanova assistant (2004-09), spent time as Boston University’s head coach (2009-11). It’s been a long churn for Chambers as he’s worked to rebuild Penn State’s program; during his run, the Nittany Lions have gone 148-150.

Chambers never led Penn State to the NCAA Tournament; however, the Nittany Lions were 21-10 (11-9 Big Ten) this season and ranked 26th in KenPom’s efficiency standings. Penn State also ranked 35th in the NET.

In terms of wins, the high-water marker under Chambers came during the 2017-18 season when Penn State won 26 games.