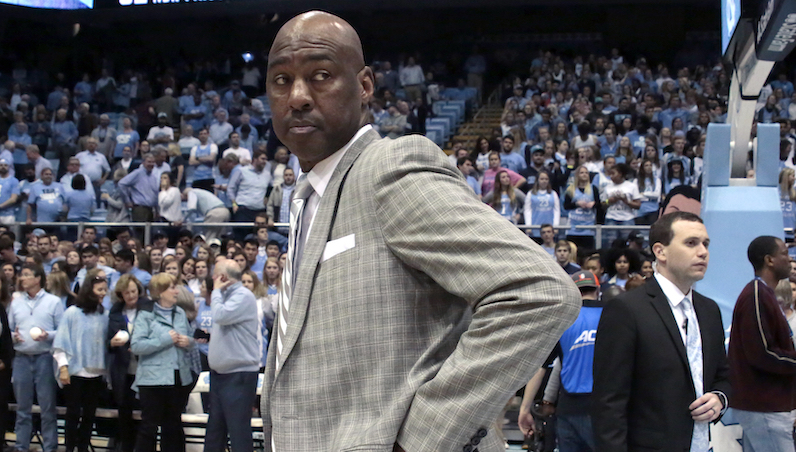 Greensboro — Wake Forest’s 2019-20 season came to a close with an 81-72 loss to Pittsburgh.  The conclusion of another disappointing season raises the obvious question: what will happen to Danny Manning?

With a final record of 13-18 (6-14 ACC), this marks the third straight losing season under Manning. The losing is a common theme; Wake Forest posted just one winning season (2016-17) with Manning at the helm.

As ACCSports.com reported last week, negotiations between Manning’s agent and the university began two weeks ago.

Manning and Wake Forest, then led by former director of athletics Ron Wellman, agreed to a contract extension in November of 2017. That deal signed Manning to the school through the 2024-25 season. During Manning’s tenure, the Deacons have a record of 78-111 (.413) and just one NCAA Tournament appearance (2017).

This likely spells the end of the marriage; however, there are very real complications, too. Money, to specific. As things pertain to Manning’s buyout, well, it’s a large one. Back in 2018, Jeff Goodman of Stadium reported that Manning’s buyout hovered around $18 million at the time, assumedly because the coach then had six years left on his deal, at an average of about $3 million per season. That same math would leave the current buyout number at $15 million, since only five years remain on the contract now.

And if Wake Forest is to move on from Manning, the program must still spend to find a replacement. Add all of this together and things get costly, quickly.

With the men’s basketball program largely dormant for a decade now, Wake Forest director of athletics John Currie will have a major decision to make after Manning’s exit. Manning and (especially) Jeff Bzdelik were decisions that didn’t work as intended, but those were Wellman’s calls. Currie, however, now has his chance.

Wellman decides to bring back Manning — another look