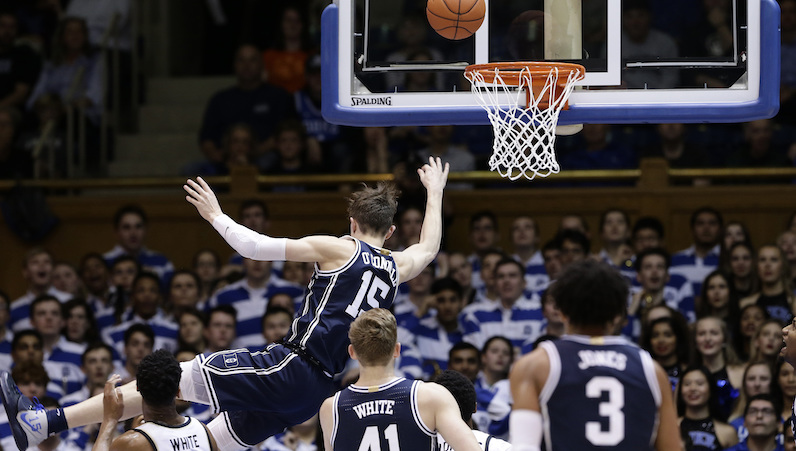 After 101 career games at Duke, Alex O’Connell has entered the NCAA transfer portal, according to multiple media reports.

A lower-usage player, O’Connell plays with pretty good bounce; he recorded 16 dunks during his career at Duke.

Issues with an inconsistent shot and defensive troubles, however, cost AOC reliable minutes in Duke’s deeper rotation this season.

Alex O’Connell’s 2020 playing time in graph form if you were wondering pic.twitter.com/cgQLXG9MyG

Earlier in the week, Joey Baker announced that he plans to return for his junior season with the Blue Devils. On Saturday morning, news broke that sophomore point guard Tre Jones plans to enter the 2020 NBA Draft.

With a solid six-man recruiting class set to arrive this summer, plus the return of Jordan Goldwire, the rotation looks really deep for the 2020-21 season, too. Wendell Moore Jr. is likely to be back, too. All of this almost certainly factored into O’Connell’s decision.

Going forward, though, it will be interesting to see what happens with Cassius Stanley and Matthew Hurt. Stanley remains are strong prospect for the 2020 NBA Draft, though he’s no first-round guarantee. Could the departure of AOC mean that Stanley is considering returning to Duke for a sophomore season?