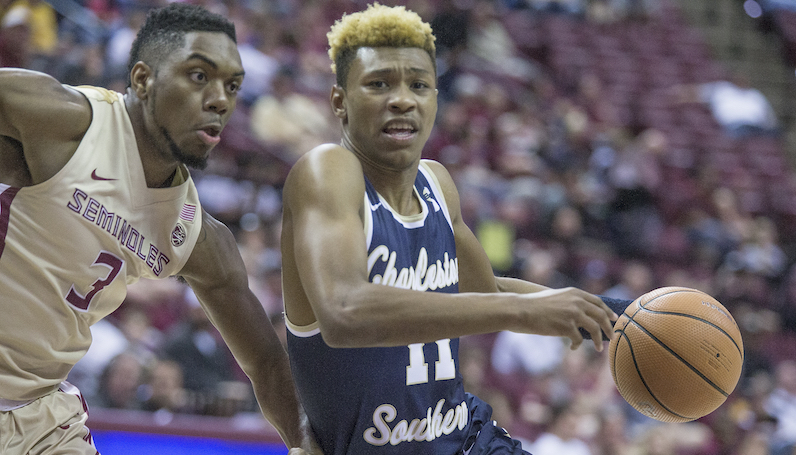 Christian Keeling of Charleston Southern is one of the top graduate transfer on the market in 2019. According to a report now from Evan Daniels of 247 Sports, Keeling has revealed his top two schools: Clemson and North Carolina. One way or the other, Keeling will be in the ACC next season. Keeling plans to announce his choice on May 12.

Keeling started an official visit to UNC on Tuesday evening, which is the same day North Carolina landed commitment from Cole Anthony and Anthony Harris.

Clemson has already hosted Keeling. Two other ACC programs — NC State and Georgia Tech — are in the mix for Keeling, too. Keeling is set to visit NC State in May; he’s already visited Georgia Tech.

This season Keeling shot 38 percent on 3-point attempts — with over 46 percent on his field goal attempts (6.3 3PA per game) coming from beyond the arc. Keeling (56.5 eFG% on catch-and-shoots) also handed out 3.4 assists per game. According to Synergy Sports, Keeling scored 1.02 points per possession (59.6 eFG) out of the pick-and-roll.