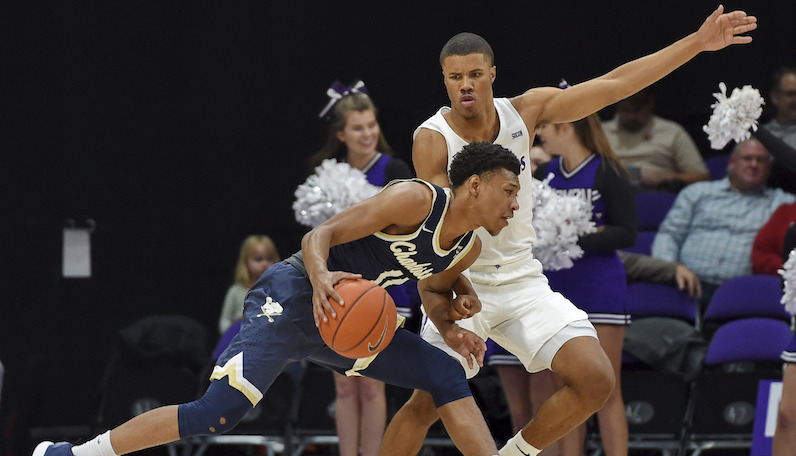 According to a report from Sherrell McMillan of Inside Carolina, Charleston Souther graduate transfer Christian Keeling will visit North Carolina in the middle of next week: April 23-25.

This season Keeling shot 38 percent on 3-point attempts — with over 46 percent on his field goal attempts (6.3 3PA per game) coming from beyond the arc. Keeling (56.5 eFG% on catch-and-shoots) also handed out 3.4 assists per game. According to Synergy Sports, Keeling scored 1.02 points per possession (59.6 eFG) out of the pick-and-roll.

NC State is in the mix for Keeling, too, along with Georgia Tech and Clemson. Of the five schools Keeling is now considering, Purdue is the lone non-ACC program.

Charleston Southern grad transfer guard Christian Keeling is a major target for NC State, and the Wolfpack has made his list of finalists. Here is the latest on Keeling's recruitment ($). https://t.co/rXN8JQveCb

And another: Justin Pierce

North Carolina is in on another potential graduate transfer, too: Justin Pierce of William & Mary. Pierce, a 6-foot-7 forward, averaged 14.9 points and 8.9 rebounds per game. He ranked 73rd nationally with a defensive rebound rate of 24.4 percent. Pierce also posted an assist rate of 24.2 percent; this makes him one of five Division I players this season to have a defensive rebound rate and an assist rate of 24 percent.

He will officially visit Chapel Hill on April 28, according to a report from Evan Daniels of 247 Sports.

In the half court this season, Pierce shot just under 61 percent at the rim, per Synergy, which is solid. For his career, Pierce is a 34.5 percent 3-point shooter (54.5 eFG%).