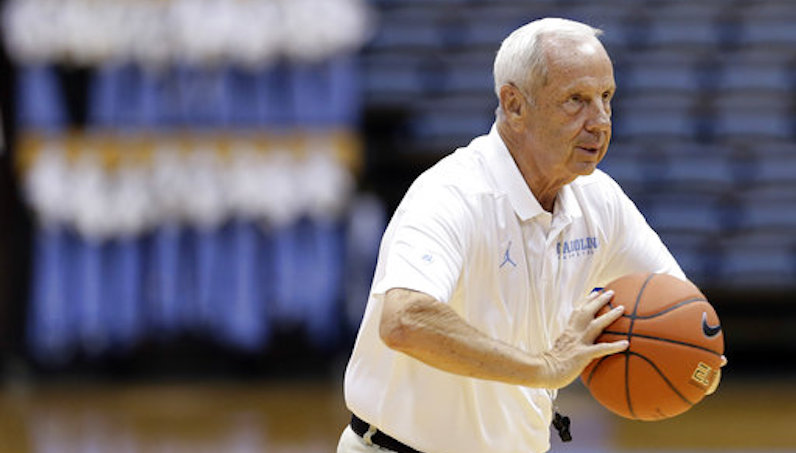 Last October, Harris committed to Buzz Williams and Virginia Tech; at the time, several other ACC programs, like Miami, were in the mix, too. However, shortly after Williams elected to leave Blacksburg for barrels of cash at Texas A&M, Harris was released from his LOI to Tech. Less than three weeks later, Harris pledged to the Heels.

Today marks the biggest recruiting day for North Carolina since Harrison Barnes committed to the Tar Heels on November 13th, 2009.

The commitment of Harris comes right on the heels (pardon the pun) of his official visit to Chapel Hill, which started on Monday. Harris, who stands 6-foot-3, plays his prep basketball for Paul VI Catholic in Fairfax, Virginia; 247 Sports ranks the 4-star guard as a top-65 prospect.

North Carolina’s recruiting class now moves to No. 6 in the @247Sports Team Rankings with the addition of Anthony Harris to Cole Anthony, Armando Bacot & Jeremiah Francis.