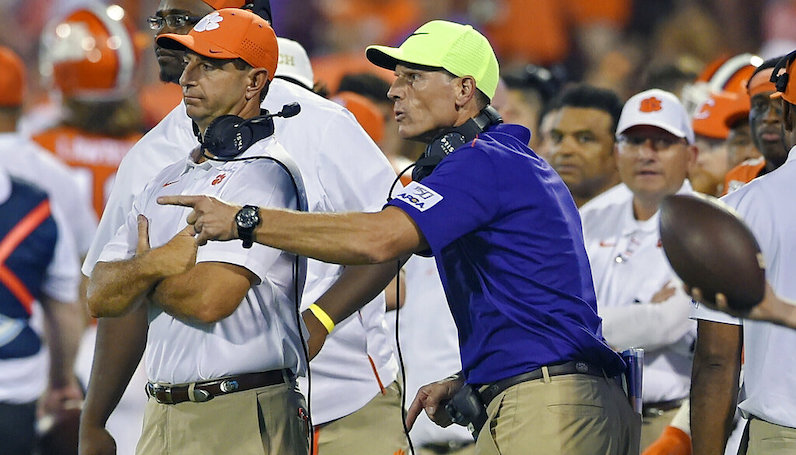 It’s official: Brent Venables, Clemson’s decorated defensive coordinator, will head to Norman and become the next head coach of Oklahoma.

Things move quickly in college football. As Lincoln Riley left OU for USC, the Sooners quickly made Venables, who coach at Oklahoma for 12 years (1999-2011), a priority candidate. Within a few days, Venables became the favorite to land the job. And on Sunday night, Venables becomes Oklahoma’s head coach.

Sources: Brent Venables has finalized a deal and will be the next coach at Oklahoma.

Venables joined Dabo Swinney’s staff at Clemson for the 2012 season. Together, those two have helped guide Clemson through a golden era of football, which has included two national championships.

This scenario was always likely to happen. Venables was clearly happy — and quite wealthy — as Clemson’s defensive coordinator. Prior to the start of the 2021 season, Clemson gave Venables a bump in pay, which made him the highest-paid assistant in college football: $2.5 million annually.

However, Venables would eventually get offered a position at a premier program — one that’s too hard to turn down: prestige and money.

For now, Clemson must move forward, into somewhat uneasy waters. With two more openings in the ACC (Virginia and Duke), Swinney could also lose offensive coordinator Tony Elliott this offseason.

Mario Cristobal has a deadline of midday Monday to accept the UM job, sources tell @SInow. If he declines, Manny Diaz will be retained, as @flasportsbuzz reported.

Final decision on AD – where Dan Radakovich is top candidate – will be made after the coach situation is resolved.