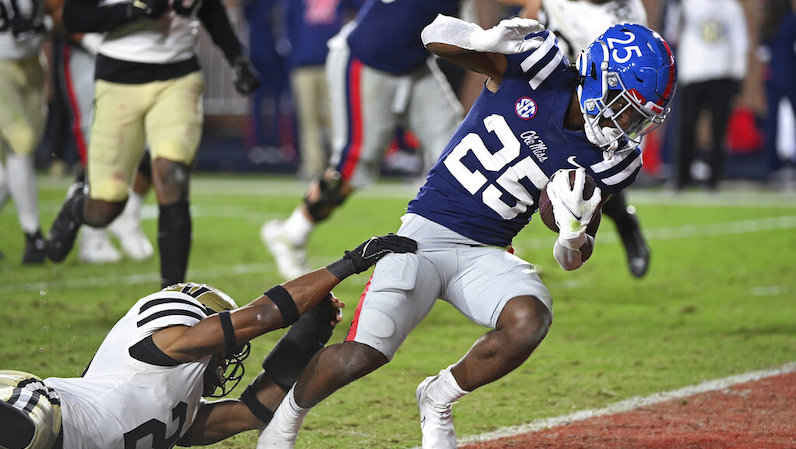 Parrish, who hails from the 305, took an official visit to Miami on Sunday (Jan. 16) and committed.

Over the course of two seasons, Parrish — one of the top prep running backs in South Florida from the 2020 class — ran for 814 yards and five touchdowns. He also caught 28 pass for 232 yards. Those pass-catching abilities could be a nice piece next to quarterback Tyler Van Dyke, too.

During the 2021 season, Parrish ran for 553 yards (5.3 yards per carry) as a key component of Ole Miss, the top go-go offense in college football.

Parrish joins a talented backfield for the Hurricanes, which features Jaylan Knighton, Donald Chaney and Thad Franklin, who averaged just under 7.5 yards per carry in 2021.

As Cristobal had looked to build up his roster via the transfer portal, since taking over, he’s added a couple of Miami-based talents from power programs: Parrish, wide receiver Frank Ladson (Clemson) and Jake Lichtenstein (USC).