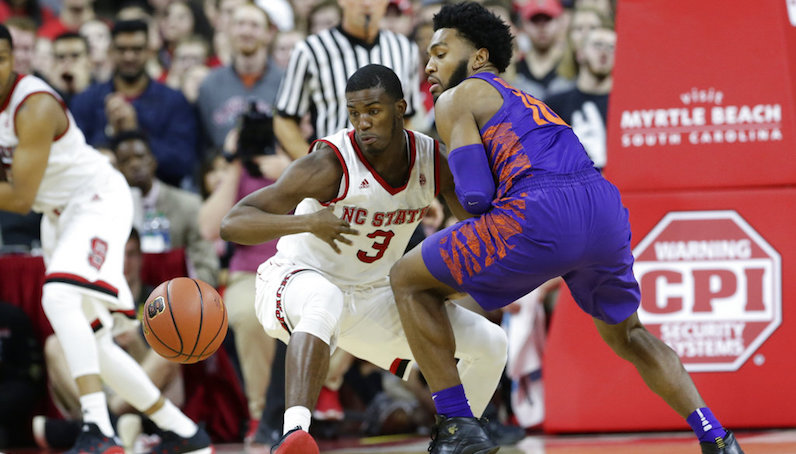 Rising sophomore guard Lavar Batts announced that he plans to transfer out of NC State. This isn’t too much of a surprise; dating back to the second half of ACC play, Batts seemed like a transfer possibility.

In his one season at NC State, Batts appeared in 30 of the team’s 33 games — playing a little over 13 minutes per contest. As his jumper struggled (32.1 FG%), Batts fell behind in the rotation to guards Markell Johnson and Braxton Beverly. Over the final two months of the season, Batts appeared in just 10 games, logging 50 total minutes.

Plus: Back in January, NC State received a commitment from Missorui transfer guard Blake Harris. The backcourt had a bit of a logjam.

The 6-foot-2 guard, initially a VCU commit, joins Darius Hicks and Omer Yurtseven amongst recent NC State transfers. If you include Shaun Kirk, that’s four since December, too.

Batts certainly doesn’t lack talent, though. Early in his college career, Batts flashed the ability to be a disrupter on the defensive end (3.5 percent steal rate). In a January win over Clemson, Batts collected five steals. Over the last eight seasons of hoops, only two other NC State players recorded at least five steals in a game: Lorenzo Brown and Dennis Smith Jr. — both in the NBA.

With another open scholarship for the 2018-19 season, NC State could continue to pursue graduate transfer options — like Brock Stull of UW-Milwaukee.