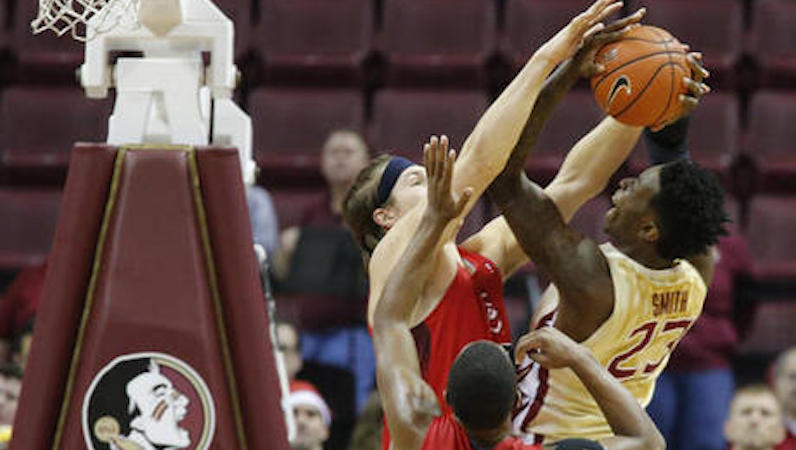 Two weeks after visiting the Raleigh campus, Samford graduate transfer Wyatt Walker has committed to NC State. Walker is a 6-foot-9, 240-pound post player; in 2017, he was named to the Southern Conference’s All-Conference team. As a sophomore, he averaged 12.9 points, 9.7 rebounds and shot a shade under 59 percent.

Walker played in just two games this season due to a leg injury; he redshirted, graduate and has two years of eligibility remaining.

Wyatt Walker, who gets most of his work done out of the most, was a very efficient player back in 2016-17. According to Synergy Sports, Walker shot 60 percent and scored 1.05 points per possession on post-ups (No. 16 in the nation) as a sophomore. Walker posted an offensive rating of 116.4 points per 100 possessions, per KenPom.

Nyheim Hines talks to David Glenn about the NFL Draft