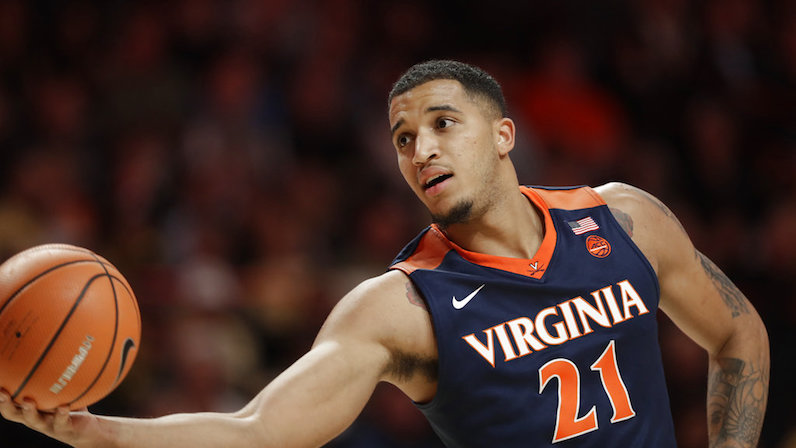 Virginia's Isaiah Wilkins (21) passes the ball against Wake Forest during the first half of an NCAA basketball game in Winston-Salem, N.C., Sunday, Jan. 21, 2018. (AP Photo/Chuck Burton)

After a 1-1 week, Miami falls just outside of the top 25 in this week’s AP Poll. This means there are only four ACC teams in the top 25 now — with three of those squads landing in the top 10; it’s clear that the national perception of the ACC is that it’s top heavy.

Things should get very interesting this week, though, when No. 4 Duke hosts No. 2 Virginia Saturday afternoon in Durham. Both teams have one tune-up game before then; Duke travels to Wake Forest Tuesday night, while Virginia hosts No. 18 Clemson.

This is obviously a big week for the Cavaliers. Hey, speaking of the Cavs…