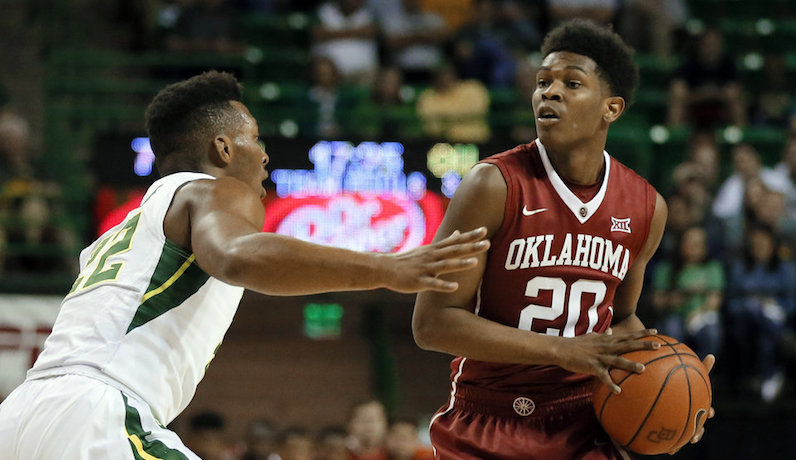 The 6-foot-5 McGusty played two seasons for the Sooners; he will redshirt in 2018-19, and have two years of eligibility remaining. McGusty, in two seasons, appeared in 63 games, making 25 starts. He averaged 9.4 points and connected on 72 three-pointers.

As a sophomore, Kameron McGusty played in all 32 games for Oklahoma; he frequently lined up in the backcourt next to point guard wunderkind Trae Young. The marriage between those two wasn’t perfect, though; McGusty’s playing time and usage rate (18.9 percent in 2017-18) dropped from his freshman to sophomore season.

Young finished No. 1 in the nation this season with a usage rate of 38.5 percent, according to KenPom. He was also tops with an assist rate of 48.4 percent.

Back to McGusty: Most of his offensive game is centered around spotting up off the ball. That should fit nicely with Chris Lykes, who will be a junior when McGusty is eligible to return to the floor.

Next step: How he can better fit at Miami

As we have discussed in this space before, Miami plays a certain brand of basketball on offense: The Hurricanes slow things down, and use ball screens to get north-south.

As a freshman, McGusty used 40 pick-and-roll possessions, which accounts for 10.8 percent of his possessions in 2016-17, per Synergy.

A year later — with Young dominating the rock — McGusty took a step back in terms of pick-and-roll usage. According to Synergy, McGusty attempted just 11 field goals out of pick-and-roll; only five percent of McGusty’s sophomore season possessions came out of the pick-and-roll.

It will be interesting to see how McGusty develops in Coral Gables; a redshirt year should provide the wing time to learn the rhythm and timing of Miami’s offense, and work on his dribble-drive game.