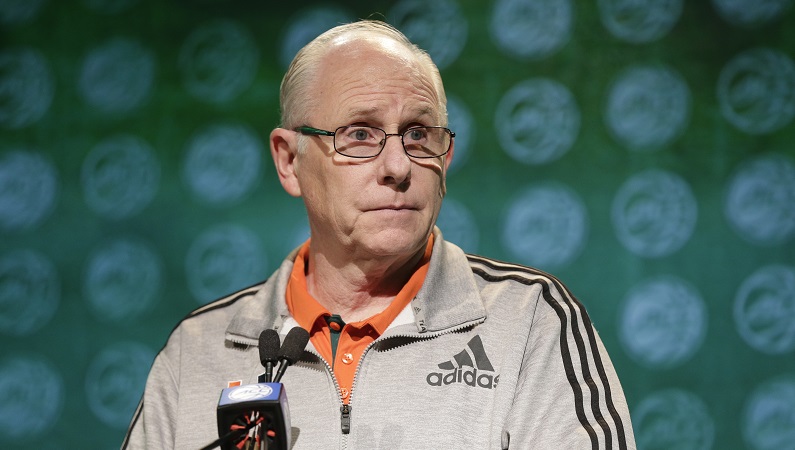 According to a report from the excellent Matt Porter of the Palm Beach Post, Miami and Jim Larranaga have agreed on a two-year contract extension; the deal signs Larranga to The U through 2024, per Porter.

Jim Larranaga has coached at Miami since the 2011-12 season. Under his guidance, the Hurricanes are 161-79 (60.4 win percentage). In seven seasons, Larranaga and Miami have gone to four NCAA Tournaments, including three straight; back in 2013, Miami won the ACC.

The Hurricanes are coming off a 22-win season, which ended with the rise of Sister Jean. Miami will have to replace its top two players, though; Bruce Brown and Lonnie Walker are both headed to the NBA Draft.

Back in February, Miami and Larranaga received positive news regarding the FBI’s investigation into corruption in major college basketball; the U.S. Attorney’s Office in New York dropped charges against a former AAU director who was accused of working with Adidas representatives to help push a player (UNC commit Nassir Little) to sign with Miami.

Currently, Miami has no players signed to its 2018 class; however, the Hurricanes are in the race to land 5-star forward Vernon Carey — the top player in the 2019 class.

Chris Lykes is ready for big sophomore season at Miami