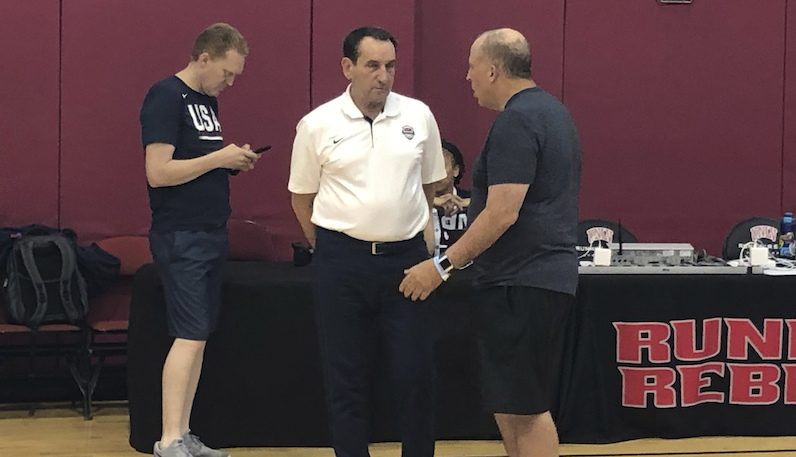 Duke Basketball continues to add pieces to its 2020 recruiting class; the latest commitment is 4-star power forward Jaemyn Brakefield. One day after Duke extended an offer to the 6-foot-8 Brakefield pledged to the Blue Devils.

One of the top prep power forwards in the country, Brakefield is rated as the No. 38 overall prospect in the 2020 class. Initially a 2021 prospect, Brakefield recently reclassified to 2020. With his commitment, Duke now has the No. 1 recruiting class for that year.

Duke now has the No. 1 recruiting class in 2020 with the addition of Jaemyn Brakefield to Jalen Johnson, Jeremy Roach, DJ Steward and Henry Coleman.

Several other high-profile programs were also after Brakefield; he recently took an official visit to Louisville. Auburn, Michigan and Ole Miss were in the mix as well.

With a class that now sits at five commitments, Duke is still working on 4-star center Mark Williams, a top-30 prospect who will take an official visit to Durham later this month. Duke is in his final three with UCLA and Michigan.