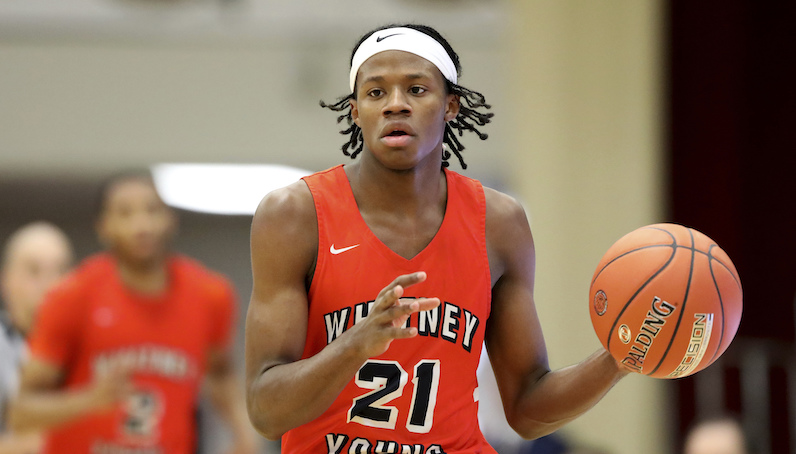 As was expected, Duke Basketball landed a commitment on Wednesday afternoon from DJ Steward, a 5-star combo guard in the 2020 recruiting class. With the commitment of Steward, Duke now has three 2020 commits — all 5-star prospects. Steward joins forward Jalen Johnson, a forward and top-five player in the class, and point guard Jeremy Roach as future Blue Devils.

Steward, who hails from Chicago, took an official visit to Duke this past weekend; his recruitment was led by Duke associate head coach Jon Scheyer, another Chicago-area product.

Steward is ranked as the No. 26 overall prospect in the 2020 class by 247 Sports, which broke the news of his commitment.

Recently, several members of Duke’s coaching staff visited Steward up in Chicago, too. Steward become a priority recruit for the Blue Devils. A star at Chicago (Ill.) Whitney Young, Duke’s staff likes how Steward and Roach project together as a backcourt.

Steward was schedule to visit Louisville later this month. He took an official visit to Texas the weekend before his Durham visit.