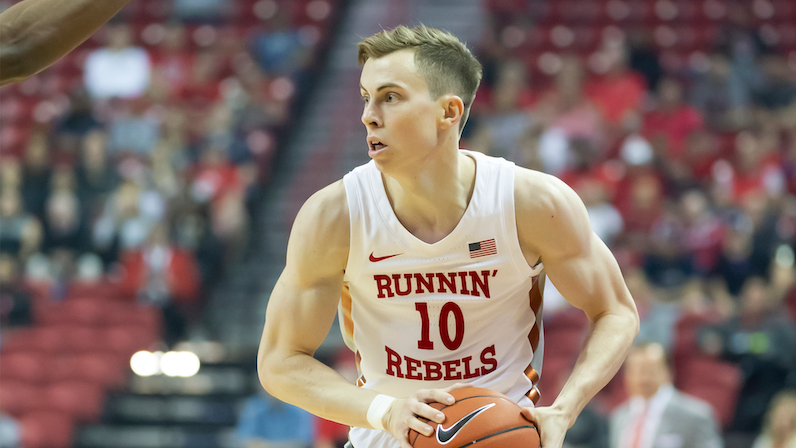 Offensively, Antonio is a bit of specialist — with a crucial skill, though: 3-point shooting. Antonio attempted 519 field goals across two seasons of hoops: 434 of those attempts (32.9 3P% career) are of the 3-point variety. For his career (in major college basketball), close to 84 percent of Antonio’s field goal attempts have come from beyond the arc.

According to Synergy Sports, Antonio scored 0.99 points per spot-up possession (49.6 eFG%), which is a solid number on good volume (132 possessions). Antonio ranked inside the top 12 of the Mountain West Conference in both total spot-ups possessions (132) and spot-up points (131).

During his freshman season at Mount St. Mary’s, Antonio was just as efficient with even greater spot-up volume: 0.99 points per spot-up possession (51 eFG%) — on 199 field goal attempts (209 possessions). Antonio is one of 11 players in Synergy’s database from that season to score 200+ points on spot-up possessions.

Massoud as a freshman: 69.7 eFG% on spot-up no-dribble jumpers this season, No. 5 in the ACC (50+ possessions) https://t.co/dbxNhWVMyv

Mostly a catch-and-shoot-player, Antonio has averaged just 0.7 turnovers per 40 minutes during his career. Over 98 percent of his 3-pointers this season were assisted.

Antonio will join fellow transfers Ian DuBose and Isaiah Wilkins (a big wing) in a backcourt that will also feature Jahcobi Neath, a key returning piece, too.

Randolph Childress to remain on staff at Wake Forest