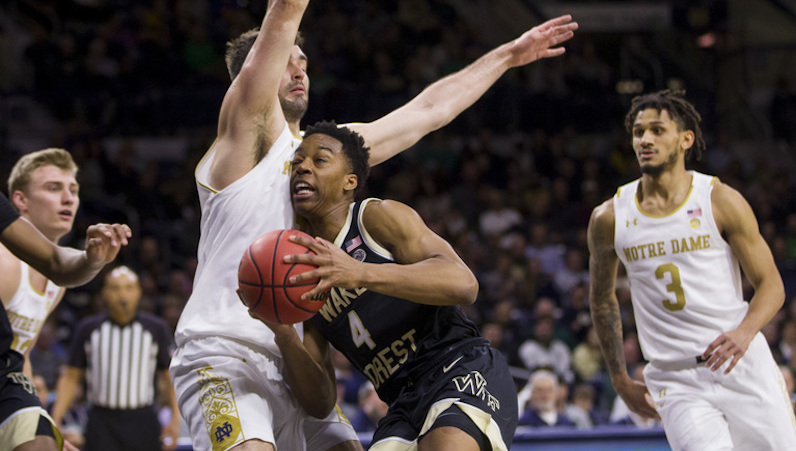 Jahcobi Neath will be back in Winston-Salem for his sophomore season. Neath entered the NCAA transfer portal in late April; however, he will return to Wake Forest.

New coach Steve Forbes has found some success re-recruiting players back to the program. While Olivier Sarr left for Kentucky, several others will return, too, including, Isaiah Mucius, Ody Oguama and Ismael Massoud.

Neath was in the same recruiting class as Oguama and Massoud.

Sources say he informed the staff of his decision earlier today.

Big news for the Deacs!

The sample is small, but Neath shot the ball well from distance last season. During ACC play, Neath went 10-of-18 on his 3-point attempts (55.6 3P%). Overall, his overall offensive efficiency jumped against league competition.

Neath also gives Wake Forest someone that can put the ball on the deck and make a play for others: 23.8 percent assist rate last year.

Update (5/11): With Neath and Massoud officially set to return, Wake Forest’s roster now sits at nine players. All four members of the program’s 2019 recruiting class — the rising sophomores — will return.