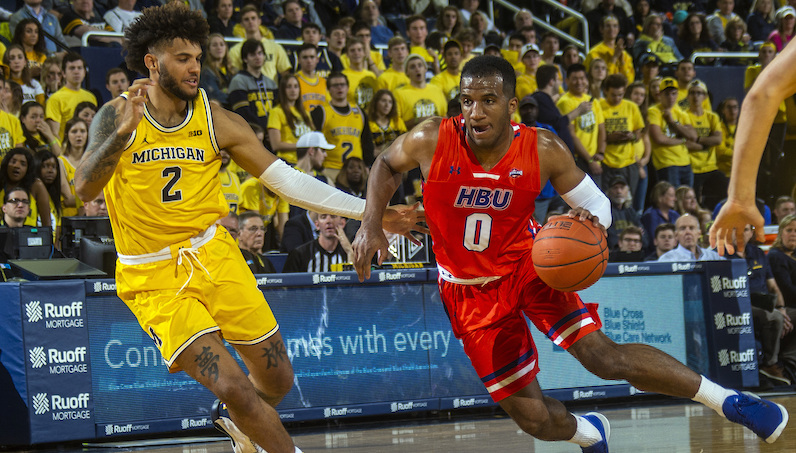 In a move that could inform where things stand between Danny Manning and Wake Forest, the Demon Deacons added Houston Baptist transfer guard Ian DuBose to their roster. DuBose is a graduate transfer; he’s eligible to play for Wake Forest in the 2020-21 season.

The move is an interesting one beyond just the addition of DuBose, however. It’s been nearly three weeks since Wake Forest lost in the first round of the ACC Tournament, which concluded the program’s sixth losing season under Danny Manning. During Manning’s tenure, the Deacons have a record of 78-111 (.413) and just one NCAA Tournament appearance (2017).

Manning, however, remains in place with Wake Forest. The Demon Deacons have continued to recruit players — both from the preps ranks and transfers, like DuBose.

Less than a month ago, it truly looked as though Manning’s time in Winston-Salem was coming to a close. As the sports world has tried to grapple with COVID-19, major college basketball programs eyeing a potential coaching change have been frozen.

Boston College elected to bring Jim Chrisitan back for a seventh season; this is a signal that something similar could happen with Manning, too. Even after what felt like a lame duck season for Manning, complications with a global pandemic could force the hand of athletics director John Currie.

Scout’s take: “Good size, can score all three levels, and he’s creative — more athletic than you think. But they [Houston Baptist] play as fast as they can, so his stats are a little skewed. He’s disinterested on defense at best, but that’s more because of their team and style.” https://t.co/dP0z69vT1K