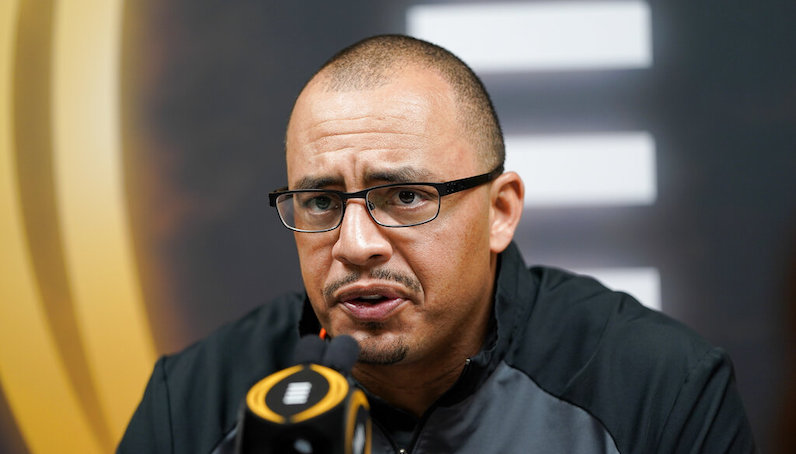 Earlier this week, it looked as though it was a done deal: Clemson offensive coordinator Tony Elliott would head two states north and become Virginia’s next head coach. Well, nothing is final until the dotted line is signed. That less is being taught again.

According to multiple reports — with Richard Johnson of Sports Illustrated leading the way — negotiations between the two sides have stalled.

Have just heard the same. Now two candidates Virginia has hit a snag with during negotiations. https://t.co/cvdDtFmmVz

Obviously, this isn’t a great look for Virginia, which also saw negotiations go side earlier in the hiring process with Penn State assistant coach Anthony Poindexter, who played at Virginia in the 1990s and then was a part of the program as an assistant for a decade (2003-13).

The shift to Elliott seemed like an excellent pivot, though. However, something is causing what appears to be a pretty costly disconnect.

Pete Thamel of Yahoo Sports is reporting that Elliott will decide between Virginia, Duke and Clemson, which would likely be followed by a hefty raise in Death Valley.

It's not surprising to anyone in the industry that Elliott has been deliberate in this process. He's had more than a half-dozen opportunities in recent seasons to leave Clemson and has always been thorough and not quick to make a decision. This fits his history. https://t.co/pcHAiPYsvX

Duke formally interviewed Elliott last week; he quickly became one of the top candidates for the Blue Devils, too.

After spending the night in Charlottesville, Elliott arrived back in Clemson Thursday evening. For now, no decision has been made. Elliott claims that it’s his decision to make.

Clemson offensive coordinator Tony Elliott returned to the Oconee County Airport late this afternoon.He told The Clemson Insider “no decision yet “on the Virginia job. When asked who’s decision it is (for him to become head coach of the Cavaliers) he said “it’s my decision. “

Gattis, 37, won the Broyles Award as the top assistant coach in college football this season; he’s credited as the engineer of Michigan’s incredible offensive turnaround.

A native of Durham, North Carolina, Gattis played college football at Wake Forest. A tall, versatile safety, Gattis was one of the defensive standouts on the 2006 ACC Championship team. Gattis went on to play in the NFL for two years, too.

Following his playing career, Gattis hopped into coaching. During the 2010 season, he worked as a graduate assistant at UNC for Butch Davis. After his time in Chapel Hill, Gattis moved around, including stops at Western Michigan, Vanderbilt, Penn State and Alabama (2018).