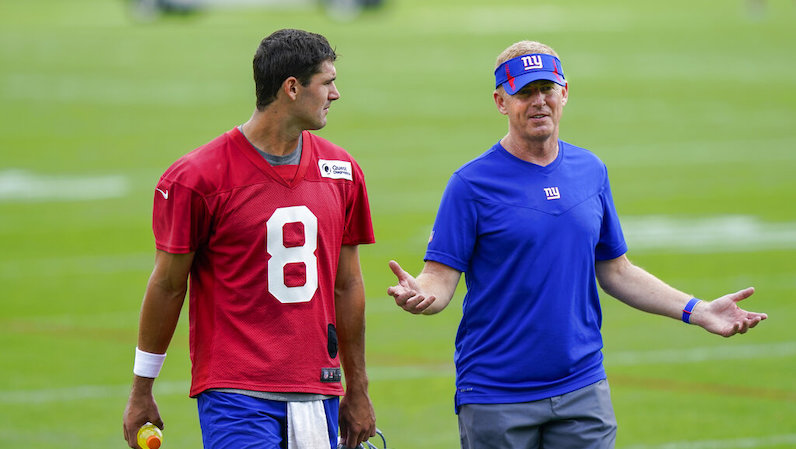 The search for Duke football’s next head coach continues to narrow. Initially, there was interest in East Carolina head coach Mike Houston — similarly for Army head coach Jeff Monken. Monken, on paper, made a lot of sense. However, the search has shifted away from those two, according to a report from the News & Observer.

Elliott has spent the last decade on Dabo Swinney’s staff — in a variety of offensive roles. Elko is well-traveled. He’s been at A&M since 2018; before that, though, Elko spent three seasons at Wake Forest (2014-16) with Dave Clawson and one year at Notre Dame (2017).

However, a new name has entered the fray, too: former Dallas Cowboys head coach Jason Garrett.

Gray, 55, who played college football at Princeton, was the head coach of the Cowboys for nearly a decade: 2011-19. Since then, he’s spent the last two seasons working as the offensive coordinator for the New York Giants. During that time, he’s coached former Duke quarterback Daniel Jones.

Payton Wilson set to return to NC State in 2022