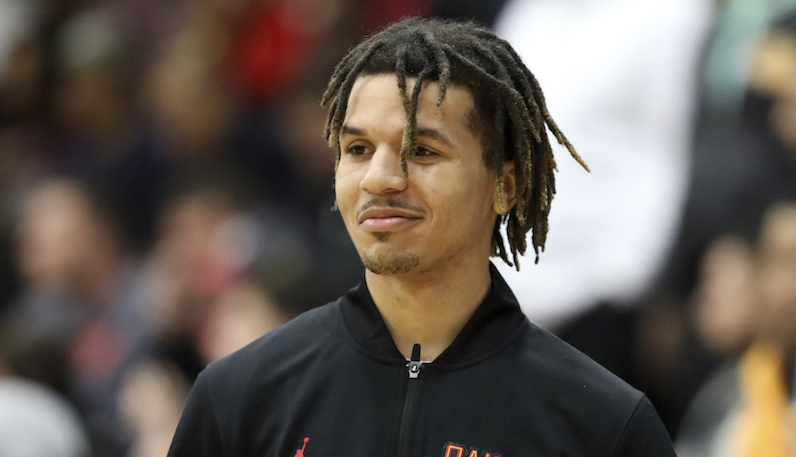 On the same day the field for the 2019 NCAA Tournament Final Four was settled, 5-star guard Cole Anthony announced his final four teams, too. Two ACC teams — North Carolina and Notre Dame — land in this quartet. Anthony rates as the No. 1 combo guard and the No. 3 overall prospect in the 2019 class, per 247 Sports.

Anthony visited UNC and Notre Dame last September — two weeks apart. Around that time, he trimmed Duke from his list of schools, too.

Evan Daniels of 247 Sports has North Carolina as the leader to land Anthony, which could prove pivotal. The Heels are set to learn a trio of seniors — Luke Maye, Kenny Williams and Cameron Johnson — along with two star rookies: Coby White and Nassir Little.

Notre Dame, on the other hand, currently has zero 2019 commitments. Of course, Notre Dame did sign a five-man 2018 class, too.