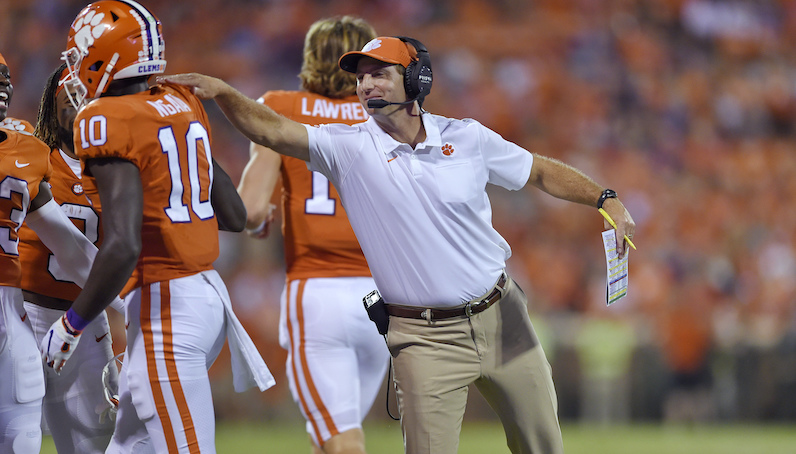 After suffering an injury in the season-opener against Wake Forest, Clemson defensive tackle Tyler Davis had an MRI. The result of which were mostly encouraging; however, Clemson held its start defender out of a blowout win over The Citadel, ahead of an open week.

According to head coach Dabo Swinney, Davis was healthy enough to play in Saturday’s home win over Virginia, but Clemson’s staff felt it best to hold him out for one more week.

Now, Davis will return to the lineup in time for Clemson’s marquee matchup with No. 7 Miami. The Hurricanes are lead on offense by quarterback D’Eriq King, a stable of talented running backs and arguably the nation’s top tight end, Brevin Jordan. In short: the return of Davis could be significant as Clemson gets set for the No. 6 offense in the country, according to ESPN’s efficiency metric.

Dabo says Tyler Davis was "ready to play." Says Davis was begging to go in but they wanted to hold him if possible. He'll play this week.

Davis, a true sophomore from Florida, quickly rose as a power player along Clemson’s defensive line upon arrival. During the 2019 season, Davis, recorded 51 tackles (9.0 for loss), 5.5 sacks, two pass breakups and a fumble recovery — while playing 539 snaps over 15 games (13 starts). The 13 starts by Davis were the most by a true freshman defensive lineman in program history.