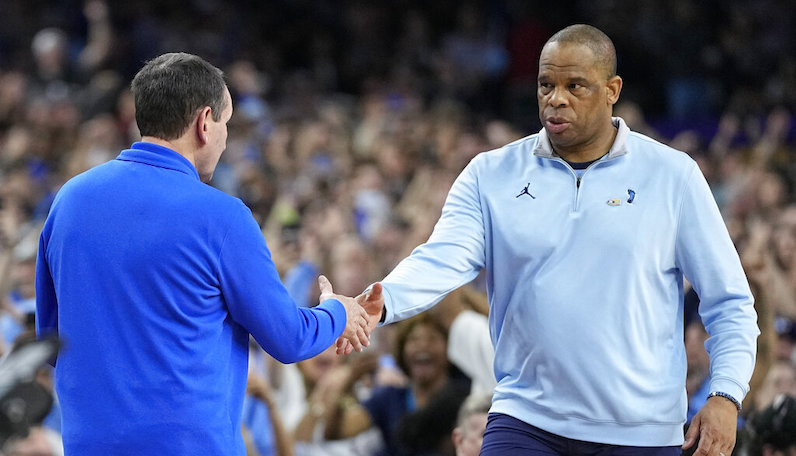 It’s relatively early in the recruiting process for James Brown, but things are starting to heat up for the 4-star (2024) center. Brown, a Top 30 prospect and the No. 1 player from Illinois in the 2024, already has offers from Georgia and Kansas State.

Now, Duke and North Carolina have entered the fold for the 6-foot-9, 210-pound center from St. Rita’s in Chicago, according to Joe Tipton of On3.

Additionally, Brown, along with 34 other players, received an invitation to participate in the USA Basketball Men’s U17 National Team training camp, which will take place June 18-25 in Colorado Springs. That last of players will be trimmed down to 12 for the FIBA U17 World Cup, which will take place this summer in Spain (July 2-10).

Up to this point, college coaches haven’t been allowed to have direct contact with prospects from the 2024 recruiting class. That, however, will change in five days: June 15.

Looking back, one of the big advantage for Duke and Jon Scheyer putting the finishing touches on the 2023 class, early, was that it allowed the program to focus ahead on 2024.

Obviously, there’s a lot of Midwest interest around Brown. Of course, Scheyer hails from Illinois and Duke has famously recruited the Chicago area well.

Jacob Grandison: Following an official visit, more on his possible fit with Duke