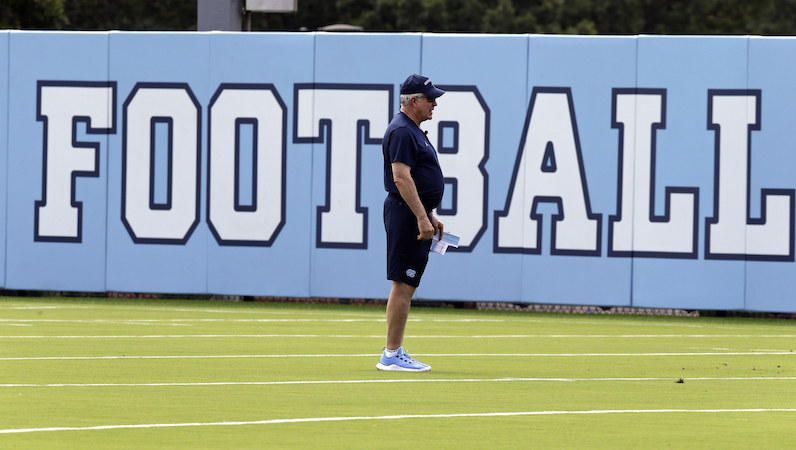 Over the last 12 months, Mack Brown and his staff have assembled — piece by piece — a ballyhooed recruiting class. Boost by a wave of incredible in-state talent, the 2021 class is a historical addition for the UNC football program.

Now, National Signing Day gets to be a coronation for this group — a fringe top-10 recruiting class. Update: In total, 18 players signed with UNC football today. Here’s a look a which future Tar Heels have signed their Letters of Intent.

Keep in mind: this class was initially supposed to include 5-star cornerback Tony Grimes. However, due to COVID-19 concerns with his final season of prep football in Virginia, Grimes reclassified to 2020 and played for UNC this season. Grimes now counts as a member of North Carolina’s 2020 class, ranked 13th nationally by 247 Sports.

During the 2020 season, Grimes played in all 11 regular season games; he recorded his first career interception in the blowout win over Miami.

What stands out with this class is just how impactful UNC was in the state of North Carolina. This is what happens when preparation meets opportunity. During a recruiting cycle that featured a surplus of in-state talent, the Tar Heels went to work. Of the 18 players to sign with UNC, 15 hail from North Carolina.

All three out-of-state signees come from border states, too: South Carolina, Virginia and Tennessee. What a haul.

Sam Howell interview: “We’re excited about the future of this program”