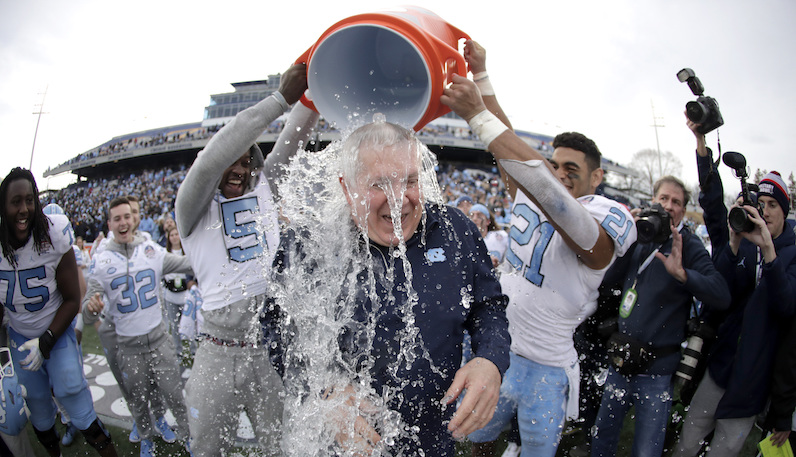 A native of Myrtle Beach, 247 Sports slots Jones as the No. 3 overall prospect in the state of South Carolina and the No. 50 receiver in the 2021 class. (247’s composite ranking has Jones as a 3-star prospect.)

The 6-foot-3 Jones is a top 500 prospect in the class; he picked North Carolina over a host of Power 5 programs, including South Carolina, Georgia, Mississippi State and Tennessee. Virginia Tech, from the ACC, along with Michigan Arkansas, Penn State and West Virginia were in the mix earlier, too.

North Carolina’s 2021 class remains ranked No. 4 overall in the nation, per 247 Sports, just behind Clemson, which has also surged recently on the recruiting trail. Make no mistake, Jones is the latest addition in a class that’s set to be a historical haul for Mack Brown and North Carolina.

Jones is the first prospect from South Carolina to commit to UNC’s 2021 class, which has a heavy in-state lean: 13 of the 15 commits hail from North Carolina.