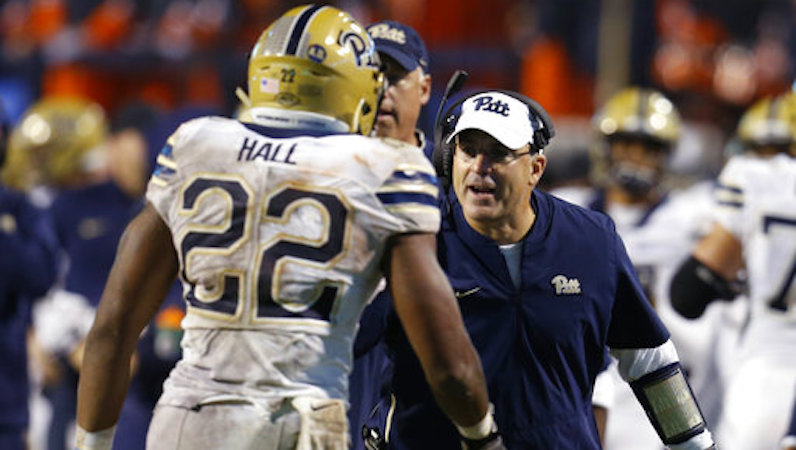 Pittsburgh head coach Pat Narduzzi, right, welcomes running back Darrin Hall (22) back to the sideline after a score during the second half of an NCAA college football game in Charlottesville, Va., Friday, Nov. 2, 2018. (AP Photo/Steve Helber)

After winning three of its last four games, Pitt football is now 4-1 in ACC play and has control of the Coastal Division. Before Saturday’s big matchup with Virginia Tech, Pitt coach Pat Narduzzi joined The David Glenn Show. DG and Narduzzi discuss the anti-Semitic attack and massacre at a Pittsburgh synagogue, bouncing back from the Penn State loss, James Conner, Aaron Donald and his relationship with Mike Tomlin.

Click to listen to the full interview with Pat Narduzzi