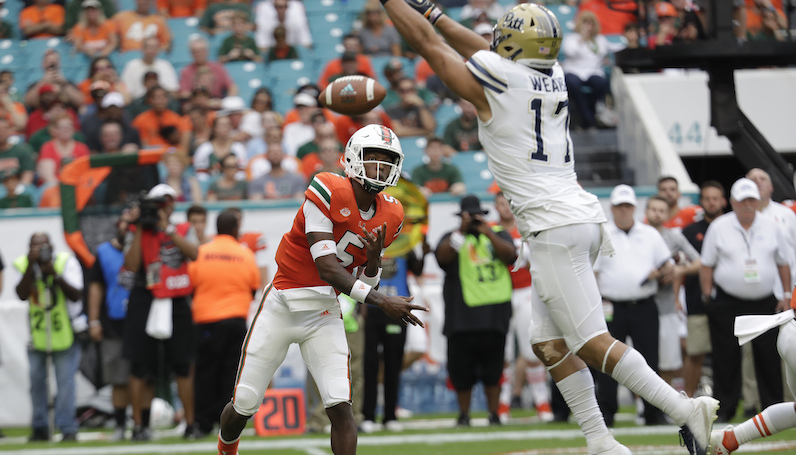 Injured during last Thursday’s practice, Pittsburgh defensive end Rashad Weaver will miss the entire 2019 season with a right ACL tear. This is a major blow for the Panthers.

As a sophomore last season, Weaver led Pittsburgh with 6.5 sacks, tied for ninth most in the ACC. Weaver also ranked 11th in the league with 14 tackles for loss — one per game. He also had three fumble recoveries, which was tops on Pitt’s roster.

Weaver, according to ESPN’s Bill Connelly, led the Panthers with 16 run stuffs — tackles at or behind the line of scrimmage.

Pitt coach Pat Narduzzi said Weaver will still be around the team this season; he plans to have Weaver on the sidelines during games as a de facto coach.

At practice this week, Narduzzi also had high praise for Deslin Alexandre, the man tasked with filling the void left by Weaver’s injury, though redshirt freshmen Habakkuk Baldonado and John Morgan are in the mix, too. Alexandre finished with five total tackles as a freshman in the 2018 season.

Panthers ready to return from Italy after summer trip