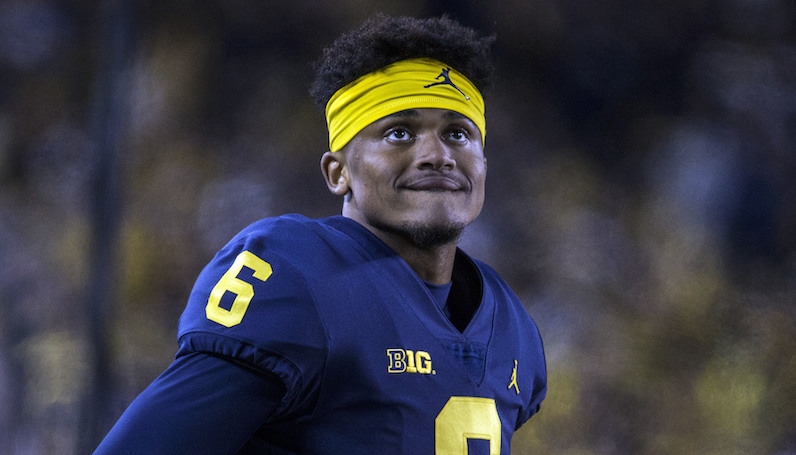 Two bits of news regarding Georgia Tech — some good, some bad. First off, the NCAA has granted a waiver for defensive back Myles Sims, a Michigan transfer. Sims is eligible to play in the 2019 season, which starts Thursday night for Georgia Tech — at No. 1 Clemson.

A former 4-star prospect in the 2018 class, Sims hails from Atlanta; he enrolled at Michigan, early, in 2018. However, after not seeing game action in 2018 — and not dressing for the 2019 spring game — Sims transferred to Georgia Tech in May. He has four years of eligibility remaining.

Sims will have his hands full on Thursday night in Death Valley. Clemson brings the nation’s top quarterback, Trevor Lawrence, and a loaded group of receivers to the table.

Unfortunately for Georgia Tech, Wednesday didn’t bring exclusively good new, though. After announcing his decision to transfer from Florida in March, Antonneous Clayton committed to Georgia Tech in April. Clayton, a former blue-chip recruit, also from Georgia, was recruited to Florida by Geoff Collins, now the head coach at Georgia Tech.

Clayton, a hybrid edge rusher, and Collins were together at Florida for one season (2016); after which, Collins left to take the head coaching job at Temple. Clayton’s career, which overlapped with multiple coaching staffs, never quite took off at Florida. In three games last season, he recorded one tackle and one quarterback hurry. In the end, he was redshirted.

The prior season, in 2017, Clayton played in nine games, and recorded seven tackles, including one for a loss.

Technically a redshirt junior now, Clayton and Georgia Tech hoped for immediate eligibility in 2019. Reportedly, Clayton wanted to get closer to his home (Dooly County) so he could be near his mother, who developed a medical issue.

The overwhelming sentiment I’ve heard from coaches this offseason is that the waiver process is utterly random & explanations for denials are unclear. They’d prefer an all or nothing approach to the unknown.

If Clayton were declared eligible by the NCAA, he could’ve played this season and in 2020 — due to two years of remaining eligibility. However, that’s not the case; Clayton — who is at a position of need for the Yellow Jackets — will sit during the 2019 season, unable to redshirt, and then return in 2020. Unsurprisingly, this is a source of frustration for Georgia Tech’s coaching staff — and justifiably so. This isn’t anything new, either. The NCAA’s policy and waiver process are opaque and lack in transparency.

Myles Sims, Drew Singleton and Aubrey Solomon all transferred from Michigan in a non-grad transfer capacity. All 3 won their appeals.

If you've still got a pitchfork out, redirect your ire to the NCAA.